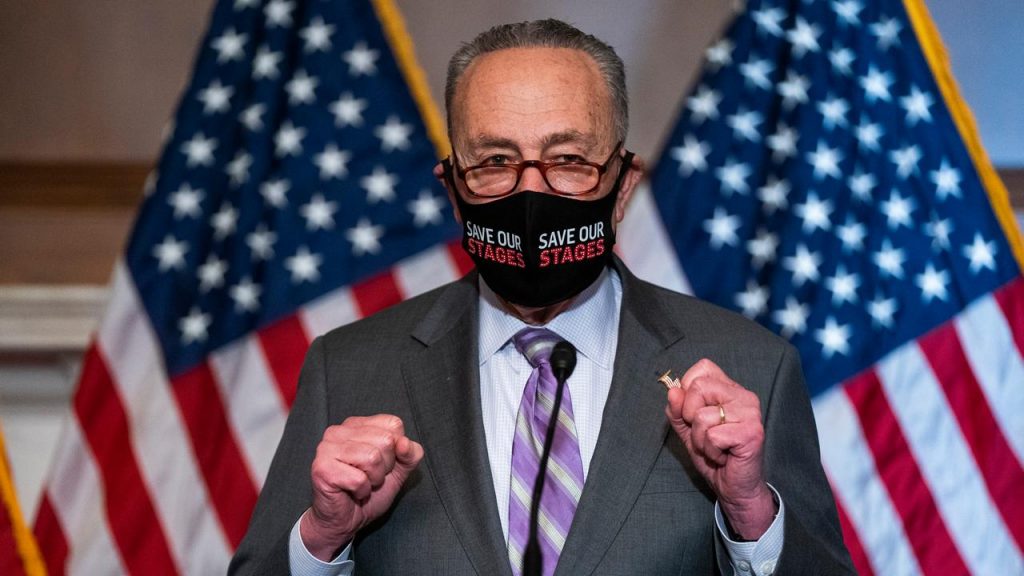 A majority in the US Senate announced in a vote Tuesday that it deemed the impeachment process against Donald Trump constitutional. The political trial against the former US president can therefore continue.

The vote followed opening statements by Democratic prosecutors and the defense of the former Republican president. Trump’s lawyer argued that the procedure was unconstitutional because Trump was no longer president. For this reason, filing it no longer makes sense, according to lawyers.

That a majority in the Senate wanted Trump to be prosecuted for his role in the violent storming of Capitol Hill was clear in advance. At the end of last month, the Senate had already rejected a motion by Republican Senator Rand Paul declaring Trump’s lawsuits unconstitutional.

Of the 100 senators, 56 voted against the motion on Tuesday, including 6 Republicans. The remaining 44 Republicans were in favor of ending the prosecution.

Paul’s motion and Tuesday’s vote show Democratic prosecutors face a tall order. A conviction of Trump requires the support of two-thirds of the senators present. That means at least 17 Republicans will have to vote with Democrats in the equally divided Senate.

Republican senators are unhappy with the actions of Trump’s lawyers on the first day of the trial. Bruce Castor and David Schoen could not break with the lawyers.

According to CNN Trump is furious. Advisors to the ex-president say he saw the footage almost screaming. Other Republicans are also not happy and talk about the senseless and disastrous behavior of lawyers.

The criticism of Castor in particular has been devastating. Some of the comments are astounding, inconsistent, impossible to follow. It was also the performance of the Trump team that pushed Senator Bill Cassidy to the other side.

The first day of the trial did not go well for Trump’s lawyers. Several Republicans criticized the speeches of David Schoen (with a mask) and Bruce Castor.

Trump is to answer in the Senate for “inciting rebellion” in the run-up to the storming of the parliament building on January 6. An angry crowd flocked to Capitol Hill in Washington after a speech by the then president, where politicians were busy endorsing Democrat Joe Biden’s election victory. Trump supporters raided police and forced their way into the building. Five people were killed, including an agent from the Capitol.

Trump’s pursuit of the deadly riots can be called historic for several reasons. He was the only US president to face impeachment proceedings twice. He will also go down in history as the first former president to be sued by Congress.