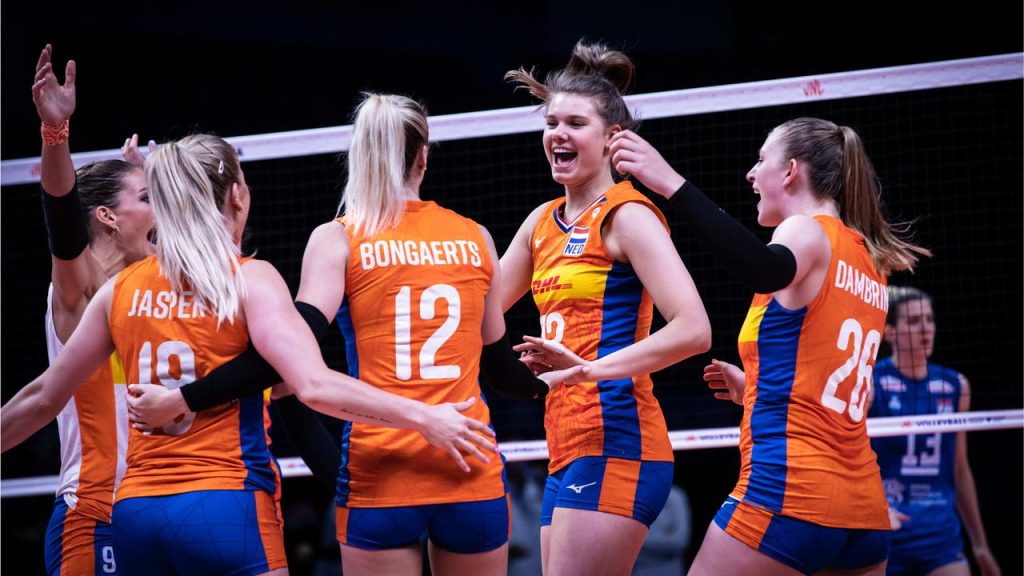 The Women’s Volleyball World Cup is scheduled for September 23 to October 15. The tournament will take place for the first time in the Netherlands. This is an overview of the event and the possible route that the Avital Selinger team is expecting.

As group leaders in Group A, the Netherlands will meet Italy, number six in the world rankings and losing finalists of the World Cup in 2018. The Netherlands are currently world number ten.

On paper, Belgium (13), Puerto Rico (17), Cameroon (20) and Kenya (27) are the least opponents in the group of Dutch volleyball players. The top four countries in each group qualify for the second group stage. The Dutch team plays all its group matches at the GelreDome in Arnhem.

The volleyball ladies start the World Cup with a match against Kenya in the GelreDome.

In Group C, volleyball superpowers United States (reigning Olympic champion) and Serbia (reigning world champion) are tied. In Group B, Turkey, Poland and the Dominican Republic are the big favorites for a place in the second group stage. In the last group, the main Asian countries, China and Japan, are placed under the leader of the group, Brazil. It is also striking that three South American countries play in Group D. The group stage matches are played in the Netherlands and Poland.

The sixteen countries that advance to the second group stage will be split into two groups of eight. The Dutch volleyball players will play in Rotterdam from October 4-9, should they be allowed to continue. The other eight teams play in Gdansk, Poland. In the second group stage, the top four countries from each group qualify for the knockout stage.

For the four remaining title contenders, the World Cup finals kick off on Thursday, October 13 with the semi-finals. The final final will take place on Saturday October 15 in Apeldoorn. The B-final bronze medal will take place at the same venue.

Savel Koel, Reesink, Knollema, Dambrink, Timmerman and Daalderop make their World Cup debuts. Daalderop was already in the Dutch squad at the previous World Cup but missed this tournament in 2018 due to a shin injury.