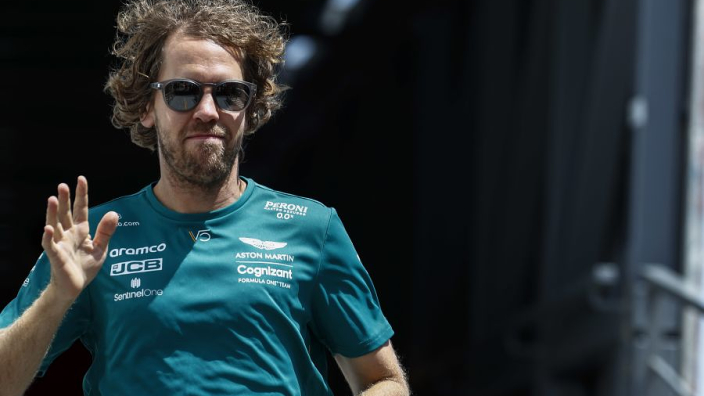 Sebastian Vettel believes Formula 1 must now push for inclusivity after a turbulent week in the sport. The four-time world champion is known as a champion of equality and is also engaged in all sorts of social issues.

Three-time champion Nelson Piquet caused a storm when he portrayed Lewis Hamilton in a November interview. The conversation resurfaced as the British Grand Prix approached and everyone in Formula 1 condemned it. Red Bull Racing has also terminated the contract of test and reserve driver Juri Vips after the Estonian used a racist term during a live game. However, the Formula 2 team Hitech GP took over the services of the East, which caused a lot of surprise.

“No place for this kind of comments”

Vettel, who isn’t on social media himself, said: “It goes back further than the last few days if we’re being very honest. That’s probably what he [Hamilton], and his family, lived all his life. Any abuse is bad, so it’s good to see the Formula 1 community so quick to speak out and show their support for Lewis.” can quickly undo the job.” I don’t think there should be room for those kinds of comments. I think we’ve gone a lot further than many years ago, but it doesn’t help if there are still things like that and people saying inappropriate things or using inappropriate language and saying the bad things,” he said.

“Formula 1 must defend everyone”

Vettel therefore believes that Formula 1, in its role as an exemplary function, is clearly working on inclusivity. “We have a campaign, WeRaceAsOne, and it’s very clear where we’re going and where we want to go in the future. It’s how we conduct ourselves and how we involve everyone, whatever color you are, what kind of partner you what is your sexual orientation, so any sexual relationship is welcome”, underlines the 34-year-old German. The four-time world champion concludes: “We have to react quickly to something like this and make it clear that we are open to everyone. Kindness is important, people are important and it was very difficult to see what was going on. “