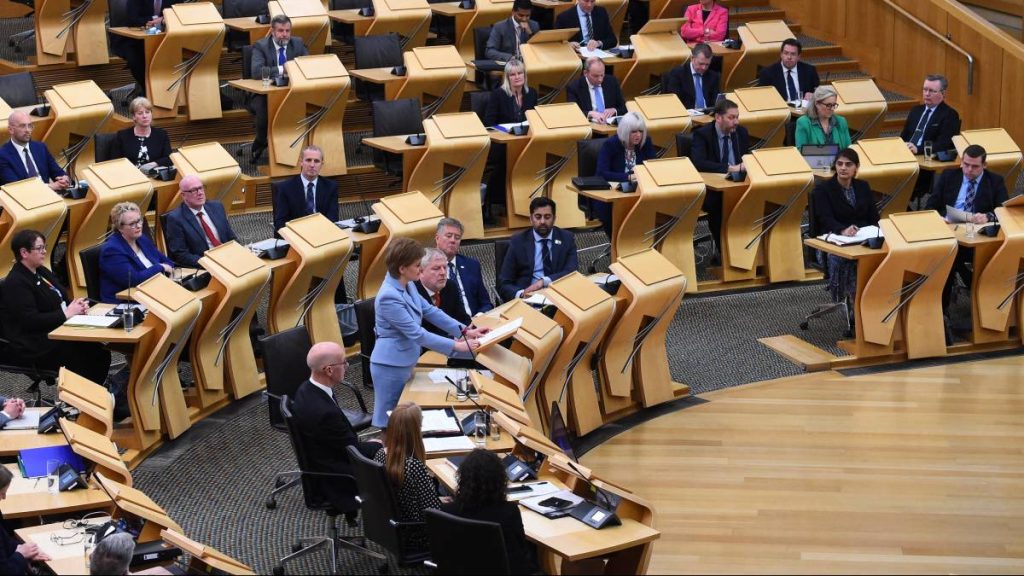 Scottish First Minister Nicola Sturgeon has set the date for a new independence referendum on October 19, 2023. If it is up to the Prime Minister, the people will decide on that date whether or not Scotland should secede from the UK. United. It is a non-binding referendum. In a plebiscite in 2014, Scots voted to stay with the UK.

According to British media, Sturgeon wrote to British Prime Minister Boris Johnson formally requesting permission for the referendum. Westminster is always reluctant. Johnson has repeatedly refused to budge and London recently announced that now was “not the time” for another referendum. But even if that clearance doesn’t come, Sturgeon wants to hold a plebiscite, she said.

She said that the elections must take place within the framework of the constitution. To make this possible, she wants the UK Supreme Court to look into the matter first. This should determine whether Scotland can hold a referendum without London’s consent. Whether the Supreme Court agrees with Sturgeon is by no means certain.

In 2014, Scots were also given a say on whether they wanted to become independent from the UK. A majority of 55% said they wanted to stay with the UK. After that, Sturgeon’s party, the SNP, said a new referendum would not be reorganized “within a generation”. This statement is regularly reminded of the leader of the SNP, but according to Sturgeon, Brexit has changed the political situation in such a way that a new referendum is justified.

At the time of the Brexit referendum, 62% of Scots voted to stay in the EU. Throughout the Brexit negotiations, Sturgeon has always insisted that Scotland does not want to leave the EU.

Sturgeon sees herself strengthened in her fight since last year. Then the nationalist parties won a majority in the Scottish Parliament in regional elections. Sturgeon’s SNP won 64 of 129 seats. “What I will never allow is Scottish democracy to become a prisoner of Boris Johnson or any other prime minister,” she said.

“In the previous referendum in 2014, Scotland voted against independence. But a lot has changed in the meantime, with Brexit being the main catalyst that revitalized the call for independence in Scotland.

Scotland voted largely against Brexit, but it was dragged out of the EU by the hair anyway. After all, they are attached to the UK. Painful for many Scots; not only their result canceledthey also had to leave against their will to a club they feel connected to.

Prime Minister Sturgeon has no plans to hold an illegal referendum after scenes in Spain’s Catalonia region. It didn’t end well for the Catalans. If Downing Street’s answer remains “no”, it will seek it in court. This could mean that the date she now has in mind – October 2023 – is a bit optimistic.”