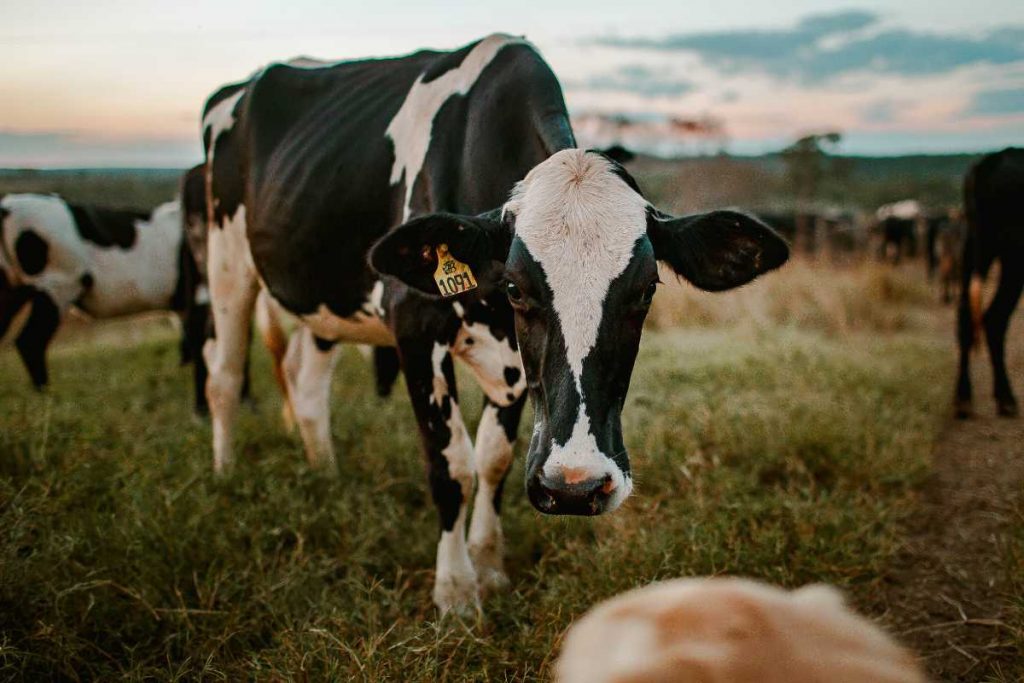 And with success. Because within a few weeks, most of the cows that participated in the training were potty trained.

Anyone who lives in the countryside has undoubtedly seen a cow pee in the middle of a meadow. Because that’s what cows do. At least: most cows. Because in Germany there are a few cows that don’t just let their urine flow, but go to the toilet properly. It is the result of a real potty training that started to pay off after just a few weeks.

Successful attempt
Potty training for cows is not a new idea. But previous attempts to potty train cows have not been so successful. And yet, they are researchers from the University of Auckland (New Zealand) and Farm Animal Biology Research Institute (Germany) now successful. In a few weeks, they succeeded in educating 11 out of 16 calves more or less in cleanliness thanks to a special training in cleanliness.

Potty training
The toilet training the researchers used is largely similar to the toilet training we humans practice in toddlers and preschoolers. For example, part of the stable has been designated as a washroom area. And then the calves were placed in this room and the researchers quietly waited for the calves to urinate. As soon as the calves had peed, they were given a treat. “This is how people train their children as well,” said researcher Lindsay Matthews. “They put their kids in the bathroom, wait for them to pee and reward them when they pee. And it turns out that it also works for calves. In a relatively short period of time – for some animals after only five to ten pees – they understood the link between the desired behavior and the reward.

Cold water
But that didn’t mean the cows were clean. After all, this is only the case if – as soon as they feel the need to pee – they go to their “toilet” on their own and urinate. And it’s also something you can teach calves, the researchers show. They allowed the calves to access the barn and the toilet and punished the cows that urinated outside the toilet by spraying them with a little cold water. The approach worked. “Very quickly, the cows themselves started to take the initiative to go to the toilet. It’s very exciting because it means they were paying attention to their bladder filling, ”Matthews said.

Shaped pot
The training lasted about 15 days. At the end of the training, about three-quarters of the calves participating had done three-quarters of their urination in the “cow toilet”. And most cows only needed 20-25 pees to be clean. And with that, they do even better than three and four year old human children. “We have shown that we can train cows very easily,” says Matthews.

Nitrogen problem
This naturally brings us to this big question: why would you do it? Why is it necessary to potty train cows? Researchers have good reason for this. “Cattle urine is a major cause of our nitrogen problem,” says Matthews. Because the urine of cows is rich in nitrogen. And when it seeps into the soil and is broken down there, two nasty substances are created: nitrate and nitrous oxide. Nitrates are found in lakes and rivers, where they lead, among other things, to the lush proliferation of algae. And nitrous oxide is a very powerful greenhouse gas that also lingers in the atmosphere for a long time. By cleansing cows and collecting their urine in a specially designed area, nitrogen and its decomposition products can be prevented from entering nature and the atmosphere.

Mad scientists
“The first reaction people have is that of ‘mad scientists’,” Matthews admits. But it’s not such a bad idea to potty train cows. “Cows urinate more when they wake up in the morning, which shows that they are able to hold their urine. Nothing in their neurophysiology clearly distinguishes them from animals – like horses, monkeys, and cats – who can also learn to groom in desired places. And the planet benefits too. “Even if we can only collect 10 or 20 percent of the pee, we could significantly reduce greenhouse gas emissions and nitrate leaks,” notes researcher Douglas Elliffe.

To augment
The big challenge now is to intensify toilet training. After all, there are millions of cows in the world that are not yet clean. Whether farmers expect labor-intensive toilet training is, of course, still open to question. The researchers would therefore like to automate training as much as possible, for example by working with sensors capable of detecting urine and systems that automatically release rewards when a cow pees on the toilet. In addition, the possibilities offered by the urine collected must also be taken into account; maybe some of its components can be reused.

Although there is still a lot of work to be done, researcher Jan Langbein is optimistic about this survey the lives of many cows will change forever. “(I hope, editor’s note) that in a few years all the cows will go to the toilet.”