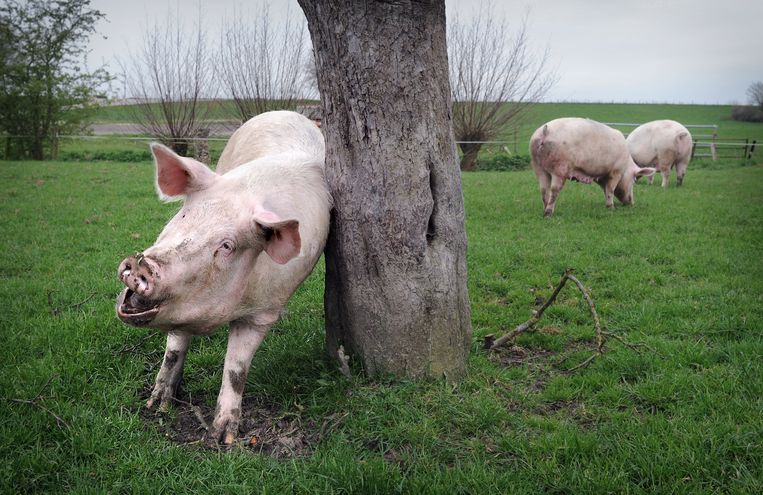 This is the solution devised by a group of scientists from Wageningen to break the deadlock in the discussion on the future of agriculture. In this one, two camps face each other. We are pleading for more intensification, to get out of the ground as much as possible. The other camp is in favor of a transition to a less production-oriented agriculture that protects nature and the environment.

“Farmers are getting in the way now,” says Martha Bakker, professor of land use planning at Wageningen University and Research (WUR), who initiated the plan. “The solution we found is: take them apart.

The researchers drew up a map of all the agricultural land in the Netherlands, more than two million hectares. According to them, more than 845,000 hectares are suitable for intensive agriculture. These are mainly fertile clay soils in Zeeland, at the head of North Holland, Flevoland and the northern regions of Groningen and Friesland.

The rest, over 1.1 hectares, is predestined in their plan for “green” agriculture that respects nature. These are mainly the poorest sandy soils of North Brabant, Limburg, Gelderland and Drenthe and areas of peat meadows. Intensive farming is grouped together in large agro-parks near the port of Rotterdam, Schiphol and Westland.

In the plans of the Wageningen researchers, natural spaces are relieved because they are integrated into green agricultural areas. The use of pesticides and fertilizers is reduced by more than half. Relatively fewer resources are required on fertile soil. These are mainly used on poorer soils.

As most of the agricultural land in the Netherlands is now intensively used, the plans constitute a major greening operation, as more than half of the land is intended for extensive use. As a result, the number of cows in the Netherlands, for example, will decrease by 30 to 40 percent.

Implementing their plans would result in a nationwide land consolidation that will take decades, Bakker says. The central government must take the lead in this regard. Researchers estimate the costs of the plan at 80 billion euros.

Former minister Cees Veerman, leader of a coalition that recently advocated a transition in agriculture, thinks dividing the Netherlands into agricultural areas is a good idea. “If it’s gradual.” According to Veerman, it would be a great job for a new Ministry of Agriculture and Space.

The agricultural organization LTO Nederland sees nothing in a zoning descending from the Netherlands. According to LTO, it should be left to farmers how they conduct their business.