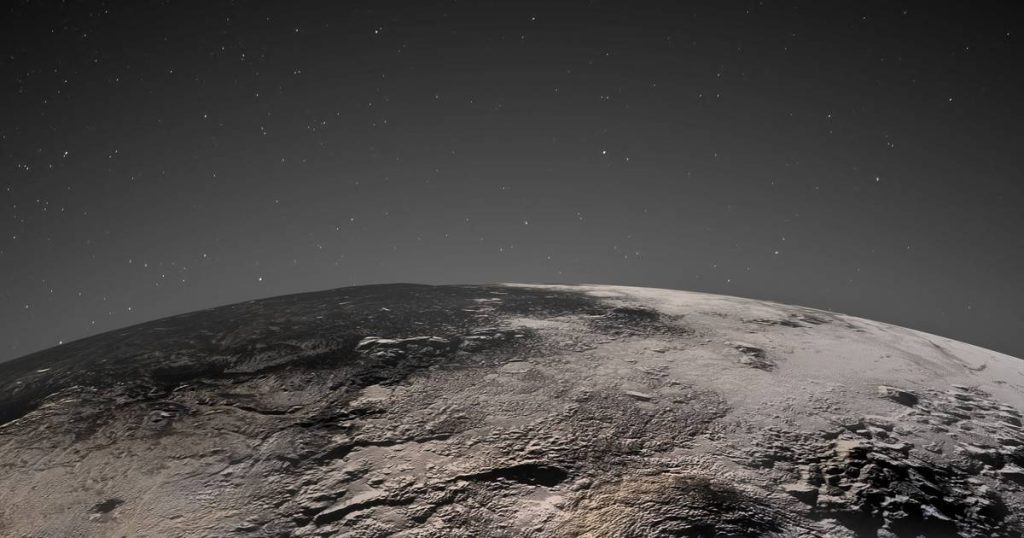 Planetary scientists have been debating Pluto for years, particularly the two peaks dominating the surface of the dwarf planet. Some speculated as early as 2015 that there might be an ice volcano on Pluto, spewing not lava but large amounts of ice. But there was never a caldera or a cauldron-shaped crater.

Researchers now claim that it is not a single ice volcano, but several ice volcanoes merging together. The researchers rely on a comprehensive analysis of images and topographic data. The discovery has reignited another debate: what could keep Pluto warm enough to sustain volcanic activity?

Located on the southern edge of a massive heart-shaped ice cap, these unusual surface features were first observed when NASA’s New Horizons spacecraft flew overhead in July 2015. That flight yielded the first images closer to the former icy planet and its moons.

At the time, an ice volcano seemed to be the least strange explanation for these features. There were no nearby asteroid or meteor impact craters. Additionally, there was no evidence of plate tectonics, an important factor in the formation of mountains on Earth. Still, Singer and his colleagues were careful not to call them volcanoes at the time. “It’s theoretically possible, but there aren’t many other examples in the solar system. They also all look very different and do not resemble the characteristics of Pluto. »

Different than on earth

Since those first images in 2015, many more have been added, along with composition and topography data. These images have been carefully analyzed. Taken together, the team concluded that these unusual features are actually volcanoes, although they look and behave very differently from Earth.

“If you look at Mount Fuji or any of the volcanoes in Hawaii from a distance, they look like large, smooth, large volcanoes, but that’s not what we see on Pluto,” Singer said. His findings are published in Nature Communications.

From the compositional data, the researchers suggest that the material that makes up these volcanoes is primarily water ice. Singer’s team also suspects that matter cannot be liquid because it is too cold on the dwarf planet. “The average surface temperature on Pluto is around 40 Kelvin (-233 C),” Singer explains. She says the ice volcanoes are very surprising, given the extremely low temperature. According to her, the material cannot normally be mobile at all. “This may suggest Pluto’s rocky core is hotter than expected. And that the thermal energy released during the radioactive decay of some of its elements is somehow retained and released periodically, causing volcanic eruptions.

Singer candidly admits that she and her team don’t yet have much information about what’s going on in Pluto’s basement. “But it forces people to come up with creative ideas for how ice volcanism might happen.” She also says that the old idea that Pluto is just an inert ball of ice seems increasingly unlikely.

Sound sounds different on Mars than on Earth

Over 5,000 planets discovered outside our solar system