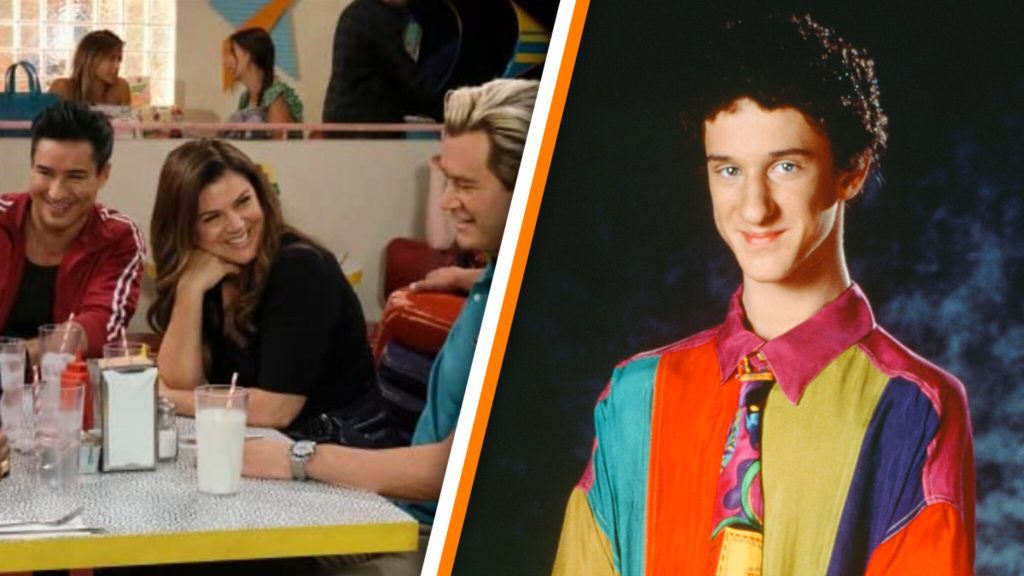 This is the first time that the entire cast will meet, especially for Dustin. Mark-Paul Gosselaar, Elizabeth Berkley, Tiffani Thiessen, Mario Lopez and Lark Voorhies were in the same room again for the first time. If the absence of Dustin is not immediately mentioned, it does not go unnoticed either. The episode revolves around how young people today can better cope with grief and make them understand how to deal with it; namely together.

At the end of the episode, the group of friends are reunited in The Max, their faithful dinner. Turns out there’s a new snack on the menu: Screech’s Spaghetti Burger. It’s an ode to an elder Saved by the Bellepisode, where Screech makes a spaghetti sauce that the whole school loves. When AC Slater (Mario Lopez) takes a bite out of the burger, he describes it as “a little weird but awesome”. “Just like Screech himself,” add his colleagues. Then they bring back more old memories of him.

Screech’s robot Kevin also makes a comeback when he brings the burgers to the table. The robot is praised for its beauty so many years later. “Thanks, I did a job,” Kevin replies. “Who not?” Kelly (Tiffani Thiessen) jokingly responds. Ultimately, the entire group of friends toast their lost friend, although it’s not clear how the character Screech died. The episode ends with a compilation of clips from Dustin’s time in the original series.

Saved by the Bell is by no means the only classic out of the doldrums. Also Dexter had a revival. You can see it all in the video below: