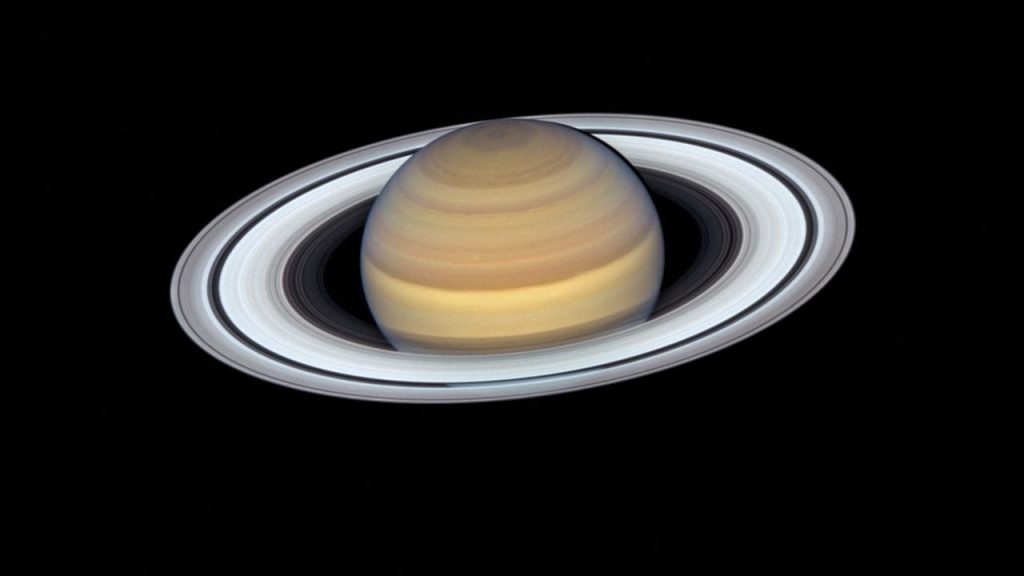 Saturn got its rings from an earlier moon, which shattered the planet. The collision also causes Saturn to tilt. American scientists conclude this in a new study.

Today Saturn has 82 moons, but researchers say the planet had one more. About 160 million years ago, this moon would have become unstable. The celestial body would have caught hold of Saturn’s gravity and exploded onto the planet.

The gas planet has swallowed 99% of the moon, scientists say. The remains would have fallen into orbit around Saturn. Chunks of disintegrated ice eventually formed the rings, the researchers suggest.

There are several scientific theories about how Saturn got its rings. What is good, according to the American researchers, is that their theory also explains why the rings are so young.

The collision with the moon also explains why the planet is tilted at an angle of 26.7 degrees, scientists say. Other astronomers suspect this is due to interactions with neighboring planet Neptune. According to the Americans, their theory provides a better explanation, but that is for other astronomers to judge.

For their study, the researchers used data from NASA’s Cassini mission in 2017. They converted this data into computer models. The results were published Thursday in the scientific journal Science.