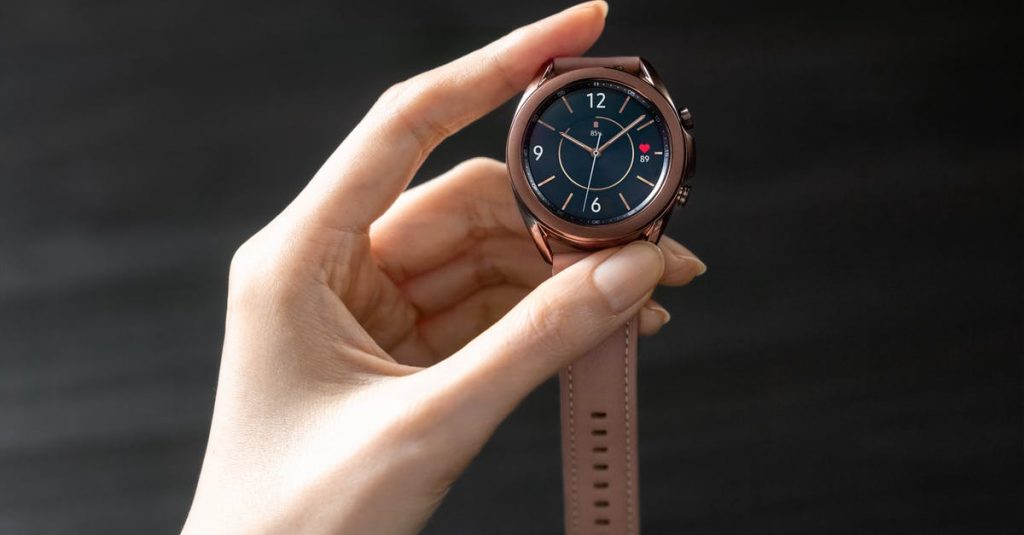 Samsung last launched an Android smartwatch with its Galaxy Gear in late 2013. Since then, the South Korean superpower has switched to Tizen, an operating system that the manufacturer has largely developed itself. Still, Samsung wants to return to Android – there are rumors of a Samsung Wear OS watch.

All current Samsung smartwatches run on Samsung’s Tizen operating system, with the manufacturer also developing its own Galaxy Store ecosystem for apps running on watches like the Galaxy Watch 3 in Galaxy Watch Active 2 turn. The operating system has been optimized in recent years according to the wishes of Samsung customers, so it would be a strange step for Samsung to leave the operating system.

Still, that’s what both Ice Universe and GalaxyClub claim. In a late tweet Ice universe be aware that Samsung’s ‘new watch’ will trade Tizen for Android – with that, the rumor maker is probably referring to Wear OS. Galaxyclub says he is aware of two watches being developed by Samsung, both of which run Wear OS; These are watches with model numbers SM-R86X and SM-R87X. For comparison, the 41mm variant of the Galaxy Watch 3 is available with the model number SM-R850.

At the same time, little evidence is provided for the transition from Tizen to Wear OS; Similar rumors also circulated in 2018, when it was also believed that Samsung was developing a Wear OS smartwatch. Additionally, the switch to Wear OS for Samsung would also mean it has to say goodbye to Bixby – the voice assistant is currently built into Tizen. Finally, Samsung will (maybe) have less room to master the operating system.

However, that shouldn’t be a problem, as OPPO showed last year with its smartwatch that runs on Wear OS. Unlike Fossil watches, for example, OPPO has the interface with Wear OS significantly changed. Among other things, it brought custom quick settings and a vertical app drawer to the operating system. Samsung may be able to make similar adjustments to make the operating system look One UI.

Wear OS has other benefits for Samsung as well. Unlike the limited range of apps on Tizen, Samsung could delight its Wear OS users with the wide range of apps. In addition, the arrival of Samsung smartwatches on Wear OS could ensure the growth of the range of applications on Google’s operating system. In this way, both parties will benefit from the transition from Tizen to Wear OS.

In the meantime, there are still a lot of questions about the introduction of Wear OS on Samsung watches. For example, the Switch would force Samsung to use a Qualcomm Snapdragon Wear chipset, whereas the company previously always used Exynos chipsets in its smartwatches. Furthermore, it is not clear what the possible consequences are if Samsung decides to switch the smartwatch branch to Wear OS: will the existing Galaxy watches be updated and will they then receive Wear OS? Or will Samsung continue to keep Tizen up to date for the time being?

Many questions whose answers are still unknown at the moment. Samsung wants to launch the watches with the Wear OS operating system “later this year,” GalaxyClub said. Would you consider a Galaxy smartwatch with Wear OS, or would you prefer Samsung’s Tizen? Let us know in the comments at the bottom of the article.