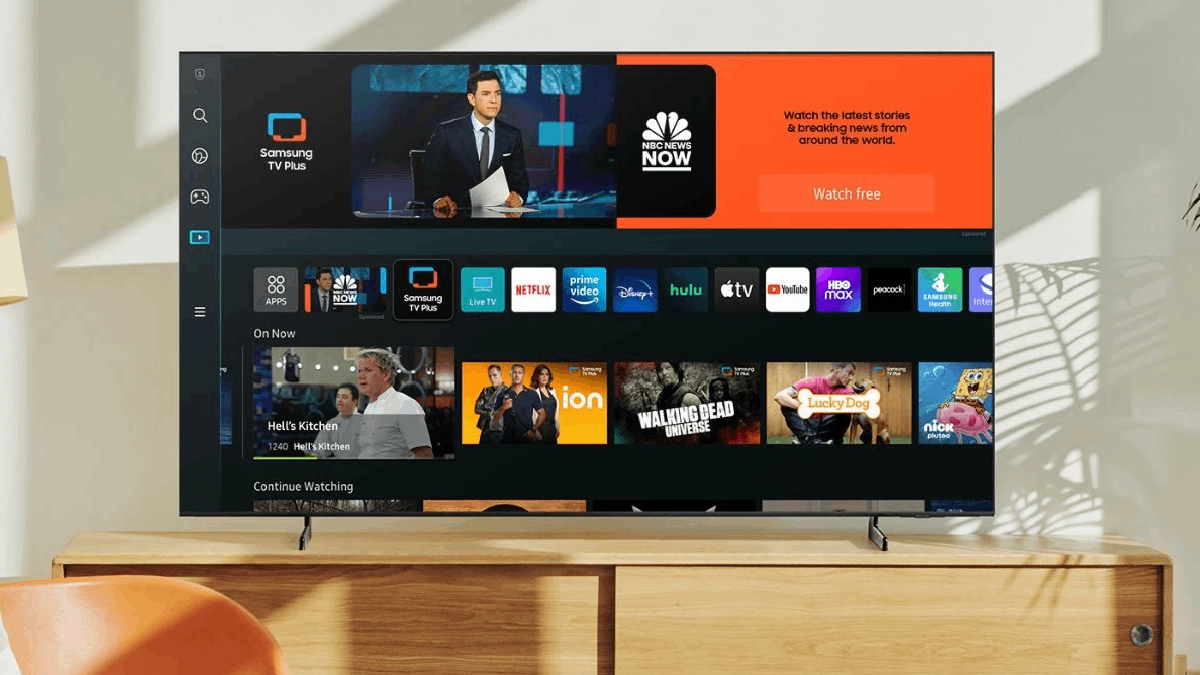 Samsung may also offer its free Samsung TV Plus streaming service on TVs from other manufacturers. The company is currently in extensive talks with TV maker TCL. Samsung TV Plus includes well-known movie channels and series such as The Walking Dead and Top Gear.

Anyone who owns a Samsung smart TV will probably have noticed the Samsung TV app. It’s a completely free streaming service, and Samsung’s revenue model consists entirely of ads. According to a newsletter of journalist Janko Roettger Samsung plans to launch its streaming service on competing TVs. It is already in talks with the TCL company for this, but Samsung reportedly has ambitions to make Samsung TV Plus widely available.

Samsung TV Plus supports 1,600 channels and is available in 24 countries, including the Netherlands and Belgium. The service can offer well-known series such as Top Gear, The Walking Dead, Law & Order and the programs of famous TV chef Gordon Ramsay. There is also a movie offering, including Paramount Movie Channel.

According to Samsung, the number of viewers on its streaming service has doubled over the past year and 3 billion hours of Samsung TV Plus are watched worldwide. What started as an added bonus to sell more smart TVs is now turning into a new revenue model for the company. Samsung currently generates 3.7 billion euros in revenue with its advertising model in the United States alone and this figure is expected to increase to 8.3 billion euros by 2026, according to Sammobile.

It’s unclear when we’ll see the streaming service on other TVs as well. It’s unclear if Samsung TV Plus will ever appear on the Google Play Store for Android TV and Google TV. It would be a way to make the service available to a larger group of users all at once. Although it looks like Samsung is only negotiating with specific TV manufacturers right now.