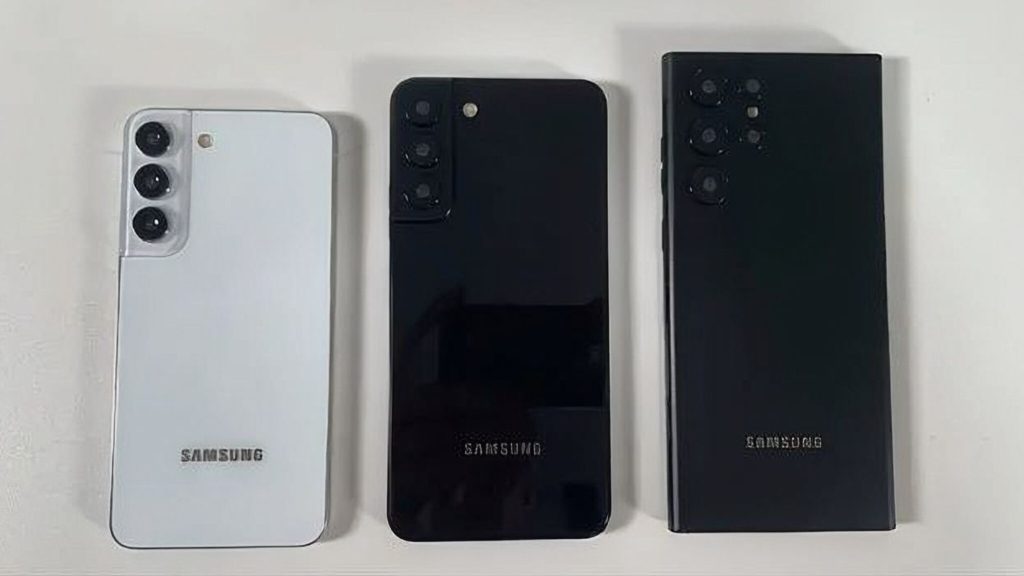 It has been almost a year since the introduction of the Galaxy S21series and that means Samsung will unveil the successors soon. The presentation of the Galaxy S22 series would be on February 8 take place. A lot has already been said about the new Samsung smartphones: not only by rumors, but also by official information from supervisors.

The S22 and S22+ have a similar design with the rear camera island extending to the edge of the case. With the Ultra, the camera part would no longer protrude, but the camera lenses are built into the back. The Ultra also has flat top and bottom edges and rounded sides.

The S22 Ultra would have something new: a storage slot for the S Pen. Just like with previous Galaxy Note phones, you can store the stylus in the case. The responsiveness of the new S Pen would also be are improved.

New chip: Exynos or not?

It remains to be seen which chip the Galaxy S22 will receive in Europe. Samsung had wanted to present its new Exynos 2200 chip, which will receive an AMD Radeon GPU for the first time, on January 11, but it was postponed at the last minute. The presentation of the chip now seems to coincide with the unveiling of the S22 series.

But according to rumors Samsung could still choose to launch the Galaxy S22s in all countries with the new Qualcomm Snapdragon 8 Gen 1 chip. This chip is also in the new OnePlus 10 Pro and the Xiaomi 12.

In recent years, Galaxy S and Note phones in Europe have always had Samsung’s own Exynos chips. Samsung also provides these chips to some other phone brands, including the Chinese Vivo.

The S22 Ultra is rumored to have four rear cameras, which largely match those of the S21 Ultra: 108-megapixel main camera, 12-megapixel ultra-angle camera, 10-megapixel periscope camera and a 10-megapixel telephoto lens. The selfie camera is in a hole in the screen and has 40 megapixels.

The Ultra’s main camera is said to be covered in Gorilla Glass DX, just like the new foldable phones Fold 3 and flip 3. This type of glass not only protects better, but also lets in more light than previous generations.

The S22 Ultra is equipped with a 5000mAh battery, with 45W fast charging. The S22 has a 3700 mAh battery, which is slightly smaller than its predecessor. This doesn’t necessarily have to reduce battery life thanks to the new, more economical chip.

The new Samsung phones would be end of February should be available. Like last year, Samsung no charging adapter and headphones more in the box.