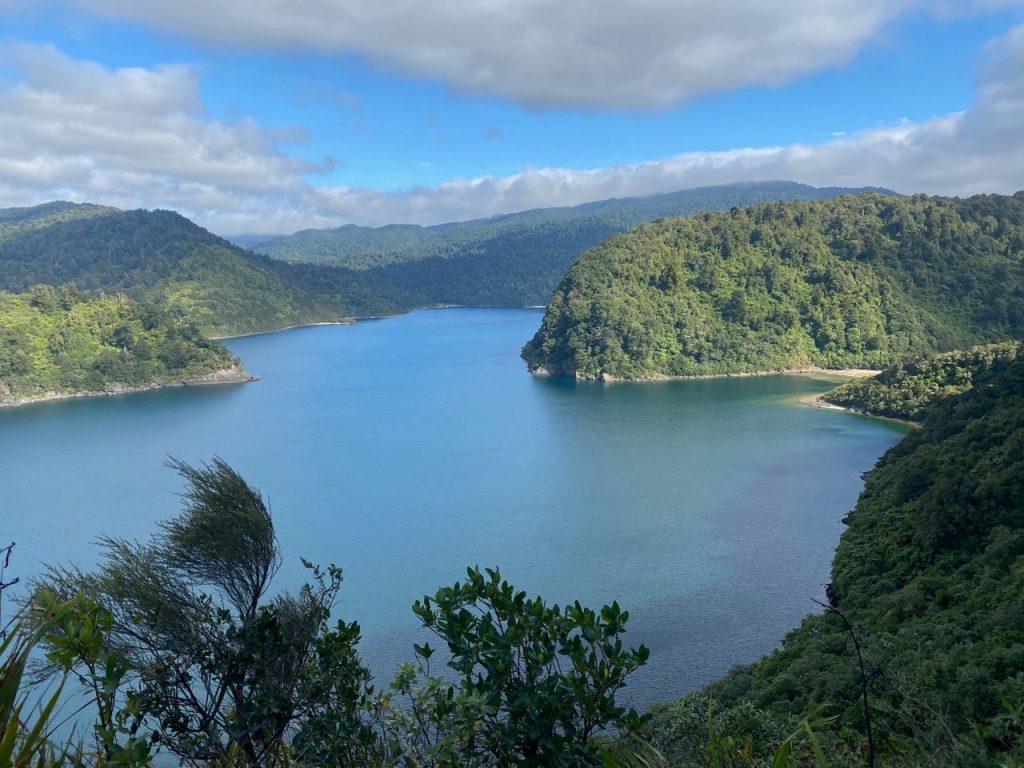 New Zealand was the first country in the world to grant rights to a nature reserve. Sailors for Sustainab…

After logging, a sad landscape remains

In our motorhome we pass meadows with grazing sheep and cows. We see extensive plantations of exotic pines. Biodiversity is low here, there is especially a lot of ranching and forestry in this part of New Zealand. Bare plains remain after the trees are felled. We stop at the side of the road and it silences us. It’s a sorry sight. “There used to be a native forest here, teeming with life. What gives us the right to do this to nature? Floris wonders aloud. “According to our view of the European world, this is normal and even called progress,” said Ivar. “But the dire consequences of our age-old culture of looting can no longer be denied. Climate change and the loss of biodiversity threaten the survival of humanity. I dare say that our view of the world is in danger of becoming our downfall. 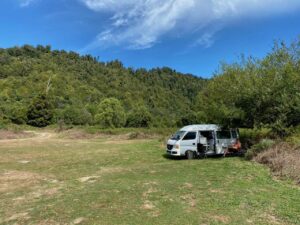 As we drive further we suddenly notice something. From a monotonous landscape with conifers, the view suddenly turns into a sea of ​​different trees, shrubs and plants in all shades of green. “The original forest is still there,” Ivar exclaims, slowing down. The asphalt turns to gravel and the road becomes narrower and more winding. “We can camp here and continue driving tomorrow,” suggests Floris. We dive into a small path and arrive at an open field in the middle of the forest. The birdsong is almost deafening. A stream with crystal clear water completes the picture. “This is what all of New Zealand must have looked like in the old days,” recalls Ivar.

We are located in the Te Urewera Nature Reserve, in the east of Noordereiland. The Tūhoe, a Maori tribe, have traditionally lived here. They have long resisted British rule. Would intact nature be the result? We decide to investigate. 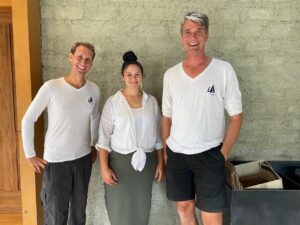 “We can’t make nature our own, we’re part of it,” Holly said solemnly. She belongs to the Tūhoe and we speak to her in a meeting and reception center. It didn’t occur to us at the time, but with that one sentence, she completely changed our view of the European world. Holly continues, “Nature is there when we are born, while we are alive and after we die. We humans are just the kaitiaki, the protectors. We must ensure that we pass on healthy nature to future generations. You can’t get a pin in between of course. But why is this line of thought so little imitated in the rest of the world?

Holly tells us why this nature reserve is special to its people. “In the Maori worldview, everything is connected. Not only people, but also mountains, rivers, animals, sea and forests. They are all from our ancestors: Ranginui, the god of the sky, and Papatuanuku, the goddess of the earth. Papatuanuku takes care of us, his children, through nature. So we belong to the country, not the other way around.

The historical context explains why she insists on this last sentence. In 1840, the British signed a treaty with several tribes, promising equality and Maori domination over their lands. This is how the colonization of New Zealand really began. Violent conquests followed. Elsewhere, Maori have been promised guns and coins in exchange for their land. And this is the crux of the matter: the British assumed that people can have the land. The owner has all the rights and can do what he wants with them. For the Maori, this concept did not exist. The earth does not belong to man, on the contrary. They can reap the rewards, but they must take good care of it. The local tribe decides who has access to a nature reserve and who is allowed to cut trees, for example. A clash between these worldviews was almost inevitable.

After the conquest of Te Urewera by the British, it finally became a national park. Isn’t that enough protection for nature? “We were keen to recognize the history and spiritual value that Te Urewera has for us. That it is a place with its own identity and its own mana (soul). It is our home and the basis of our culture, our customs, our entire existence. When it was a national park, we felt like guests here. We have been truly at home since 2014 and we can take good care of Te Urewera.

That year, a special law was passed stating that Te Urewera is its own legal entity and can never be sold. This law protects the natural state and biodiversity of the area. A council made up of Tūhoe and government officials represents Te Urewera. “Then the nature reserve can also initiate proceedings,” notes Floris. “In theory yes,” Holly replies. “But it hasn’t been necessary yet, and that’s not how we resolve conflicts.”

According to Holly, this legal recognition sends a clear signal. It’s now black and white that people can’t just do their thing in the area. Anyone who cuts trees without permission will be held responsible. “We try to convince everyone to respect our customs. It is not always easy, even within our own community. Many Tūhoes opt for financial gain over nature, ”Holly sighs. 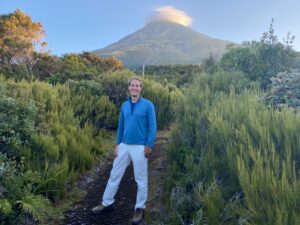 She broaches an important subject. By making Te Urewera a legal entity, an attempt was in fact made to integrate the Maori worldview into the Western legal system. In theory, this provides an important new instrument for nature protection: the legal process. But in practice, it is perhaps even more important that more and more people understand the Maori worldview and apply it to their relationship with nature.

However, the importance of legal recognition should not be underestimated. It is special that a piece of nature enjoys the same legal protection as people and businesses. Before 2014, this was not explicitly provided for anywhere in the world. This forces another perspective: nature is at least equal to man. 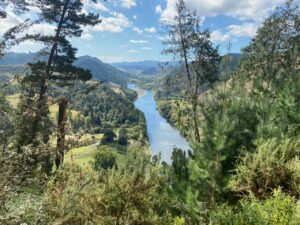 The Whanganui River also has rights

The Tūhoe then had the world premiere, since then two other natural phenomena in New Zealand have become legal entities: the Whanganui River and Mount Taranaki. We decide to take a look.

The fact that nature is under increasing pressure is also visible in these areas. The Whanganui River and its surroundings are threatened by pollution, tree plantations, agriculture and housing construction. At Mount Taranaki, exotic goats, weasels, stoats and rats are causing a decline in native plants and birds. In both places, local Maori are busy restoring nature and preventing further degradation. The recognized status of the river and the mountain allows the tribes to better fulfill their important role of protector.

Giving rights to nature has more than symbolic value. This is the most important lesson we can learn from these examples. It shows a radically different relationship between man and nature. This means that we treat nature with the utmost respect, do not pollute it, destroy it or take more than what nature can give us. This ensures that the special areas are preserved for future generations.

Who, like the Maoris, recognizes that man is part of nature and even depends on it, can take the next step: seeing us as kaitiaki, protectors, of nature. A different way of thinking, but so important to us. Another way of thinking is necessary to protect nature in the world and thus save ourselves. Giving rights to nature as the New Zealanders did is therefore a step in the right direction.