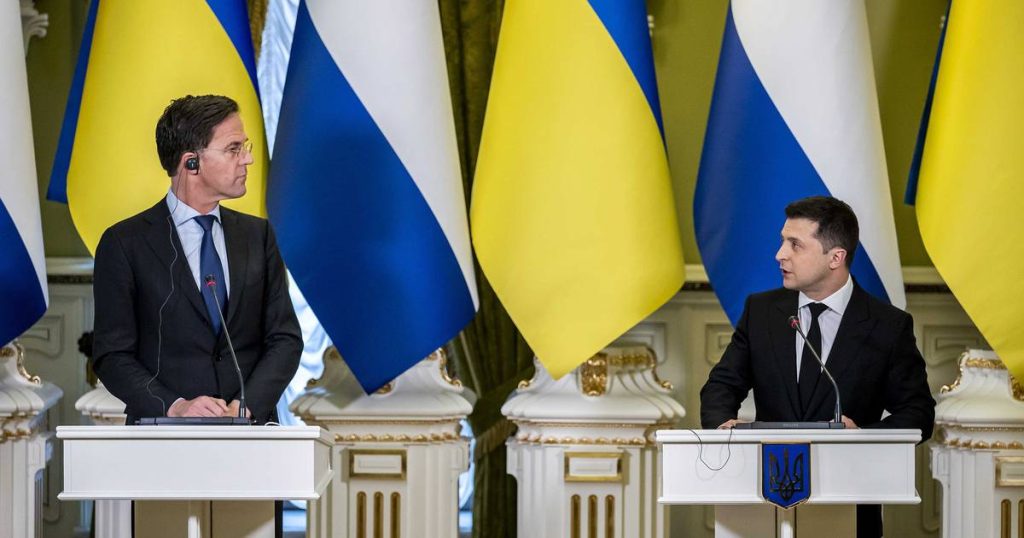 Yesterday, during an Instagram Q&A, Rutte clarified that he had asked to be there, but the House denied that request. “The Chamber is saying: we really want to do this as a Chamber,” said Rutte, who “understood” the choice and would try to follow the discourse “in another way”.

Rutte pointed out that in the Netherlands the prime minister is not part of parliament, as is the case in the UK, for example. Prime Minister Boris Johnson was there recently when Zelensky addressed the House of Commons.

House Speaker Vera Bergkamp said through her spokesperson that Rutte’s request had indeed not been granted. “President Zelenski addresses the House of Representatives at his request. The Minister of Foreign Affairs has been invited to the debate which will follow,” was the reply at the time.

This is the first time that a foreign head of state has addressed the House of Representatives. The rules of procedure have recently been modified to allow this. Zelensky uses it now.

However, it has already happened that a foreign head of government addresses all of the Estates General, that is to say the Senate and the House of Representatives. This happened at the end of October, when Canadian Prime Minister Justin Trudeau addressed the Dutch parliament in the Ridderzaal. Rutte was not there at the time. He received Trudeau at the Torentje.