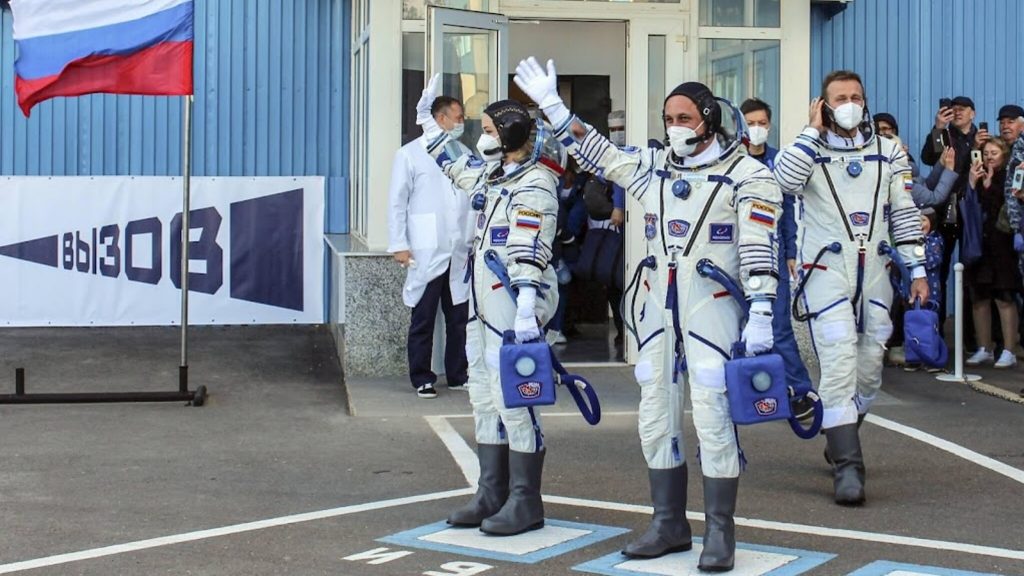 Yulia, Klim, and Oleg meet in a Soyuz capsule upon their return. On the night of Saturday to Sunday, it will be disconnected from the ISS, about 420 kilometers above Earth. Then the ship goes down slowly. Finally, it enters the atmosphere in a controlled manner. At around 6:36 a.m., the Soyuz should land safely on the endless plains of Kazakhstan, suspended from parachutes.

Yulia stars in new russian movie Visa (The challenge). In the film, Oleg feels bad. He can’t return to Earth, so a surgeon played by Yulia goes to space to operate and save his life. The last half hour of the film takes place in the space station. It is not yet clear when the film will be released and whether it will also be able to be seen in Dutch cinemas.

Seven people now live in the ISS: three Americans, two Russians, a Japanese and a French.