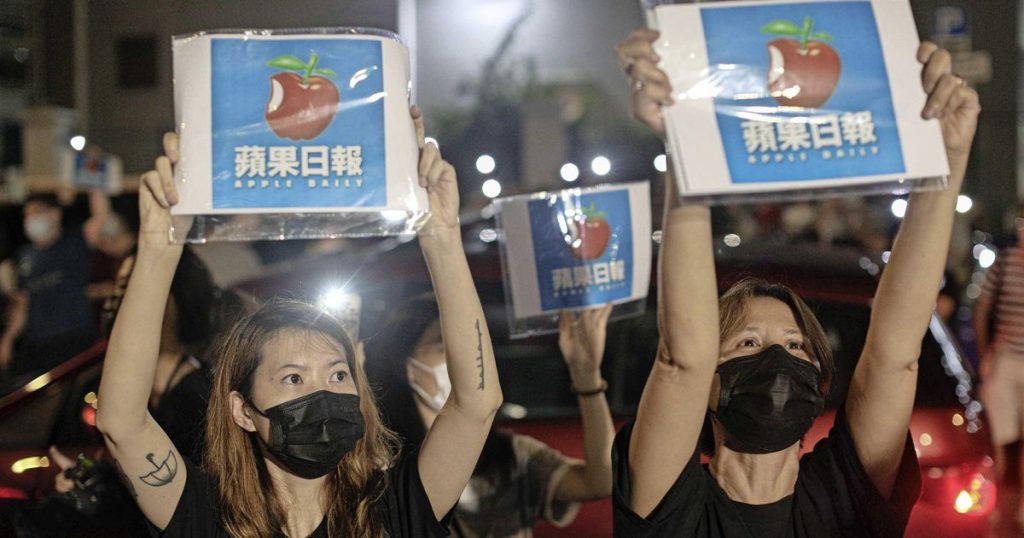 Hundreds of people lined up early in the morning in Mong Kok district to get a copy. They chanted “Apple Daily, we will meet again”. The newspaper sold out within minutes in some places.

The popular tabloid had to close its doors after a confrontation with the Communist authorities. They accuse Apple Daily of speaking out in favor of sanctions against China. This would be punishable under the controversial new “security law” recently introduced by Beijing in the metropolis.

Authorities arrested senior newspaper employees last week and froze bank accounts. “It’s very shocking,” said a 30-year-old woman who stood in line to buy a copy. “They can dismantle a publicly traded company in two weeks with this security law.”

The newspaper will no longer be published in Hong Kong after Thursday, and the website has also been taken off the air. “Apple Daily is dead,” the associate editor wrote to readers. The closure of the newspaper has drawn international criticism for China.