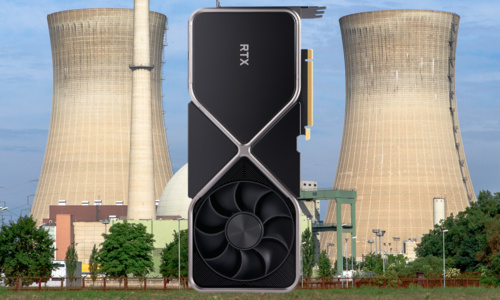 Rumor has it that the next generation of video cards from Nvidia will consume significantly more power. Moore’s Law Is Dead and Igor’s Lab, among others, claim that the purported RTX 4090 is said to have a tbp of 600 watts, which is a third more than the 450W of the RTX 3090 Ti. In some cases, there is even talk of no less than 850 watts, although that seemed rather improbable until now.

According to Kopite7kimi, Nvidia is actually experimenting with a high-end video card based on AD102, which would consume no less than 900 watts. This test build is supposed to come with 48GB of 24Gbps memory and two 12VHPWR power jacks. Considering the large amount of gddr6x, it is possible that the green team will want to introduce Titan cards again. The leaker adds that it is not certain that Nvidia markets this model. 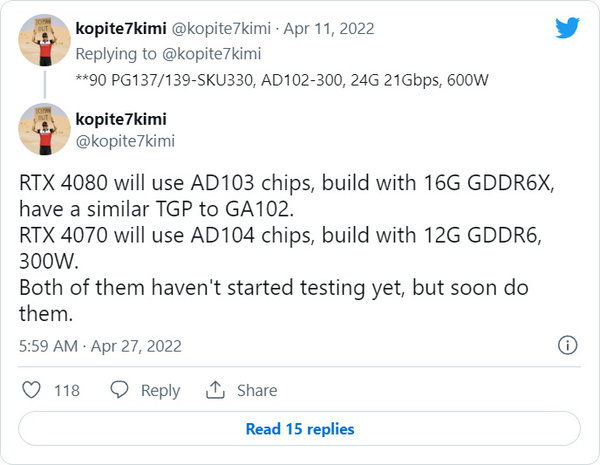 Additionally, Kopite7kimi shared more information about the RTX 4080 and 4070. The former is said to use the AD103 chip with 16GB gddr6x, while its smaller sibling combines the AD104 GPU with 12GB gddr6 and 300 watt power consumption. In the case of the RTX 4080, the Twitter user mentions a TGP similar to the Ampere-based GA102. This is likely referring to the RTX 3090 Ti, which uses the fully enabled GA102 GPU and has a tbp of 450 watts.