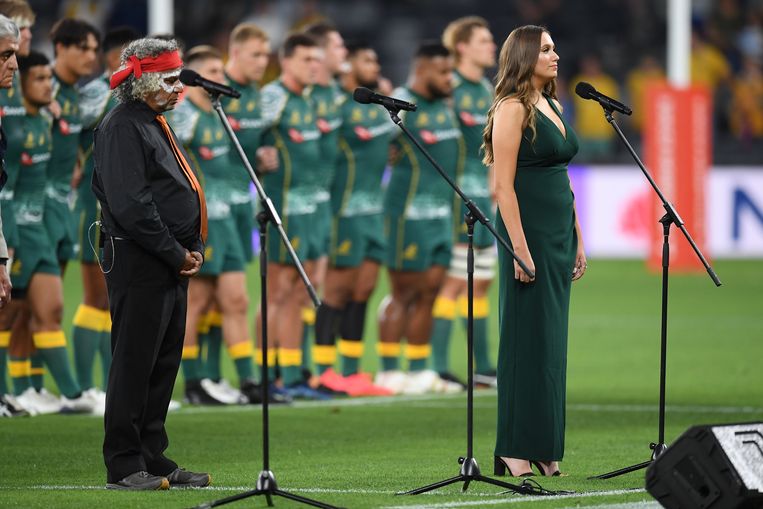 They have already done it in New Zealand: for an international sports competition, half of the national anthem has been sung since 1999 in the language of the Maori, the original population. All players will sing loudly. In Australia, they weren’t that far yet. There has been a broad social debate about the national anthem for years. Criticism: the text is archaic and ignores the ancient history of the continent before colonization and with it the position and oppression of the aborigines.

Perhaps the controversy ended in a minute on Saturday. For the rugby match against Argentina, young student Olivia Fox performed the national anthem live in the Sydney Stadium. The particularity: she sang the first part of Eora. It is an almost extinct Dharug indigenous language of the Sydney area.

What most amazed audiences and millions of viewers was that all those big bumpy rugby players sang with passion in Eora, regardless of their background. They seemed to have been practicing all week. They also visited a center of indigenous culture.

Aboriginal people have also been part of the national rugby team since the 1960s. Glen Ella is a native rugby player for the current team. Due to the feeling of gratitude, he had “goosebumps up to the back of his neck” during the national anthem. The reactions in Australia have been very positive. Prominent netball star Kimberley Green called it on Twitter “the best Australian sporting moment I have ever seen.” According to many others, the whole country has taken a big step forward. Thanks to rugby.

The position of Aborigines in her country has improved, according to Australian PSV player Kyah Simon, although racism is still a problem.