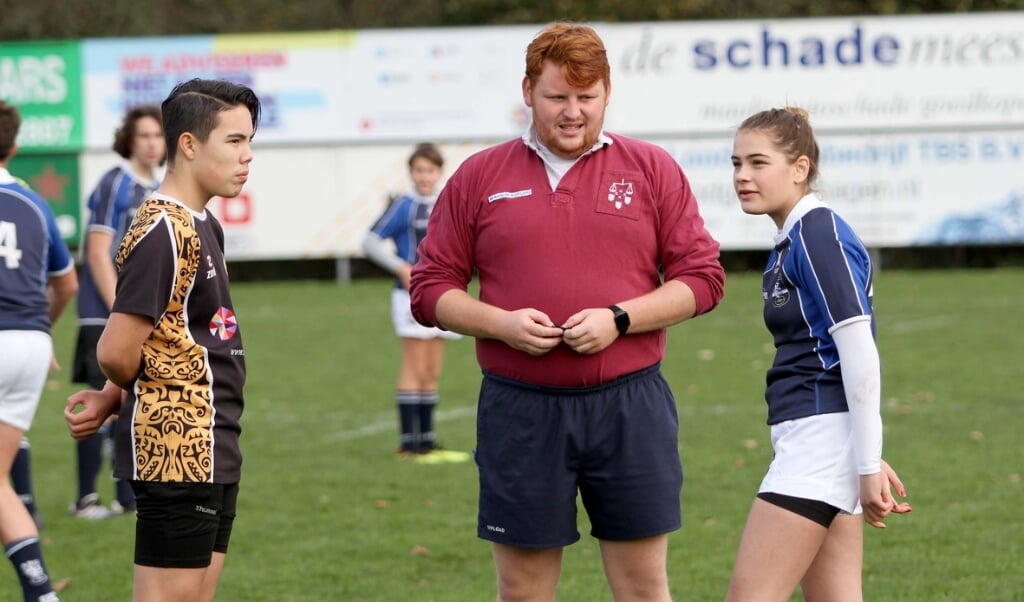 SCHAGEN – Rugby club Rush played with the juniors at home to Schagen last Saturday. The club also sometimes groups together with other associations. It was a fun day for the young enthusiasts. Tygo Terra (14) and Jits Nimwegen (14) would like to tell you why rugby is so important and fun to them.

True friendship on the rugby pitch

At the age of 10, Jits trained several times with a rugby team. He wasn’t enthusiastic at the time, so he chose another sport. It took time, but when he was 13 he reconsidered: “Then I started playing rugby again.”

Tygo started this sport when he was 12 years old. “When I’m on the field, a certain energy emerges. It’s often rest, but also sometimes a certain form of sporting aggression. It makes me want to do even better,” he explains. With Jits, it’s different. He immediately thinks about possible options to win the pot, immediately he is ready to give everything.

man of the match

“Rugby is a great sport. Why? It is a difficult game with very clear rules at the same time. If you don’t listen or go against the referee, it’s very easy. You can leave the field immediately or you lose 10 yards,” says Jits. As well as being a tough business, both boys describe it as a sporty and friendly sport as well.

“We really became friends. Playing together is fun, everyone is nice to each other and that also applies to the opponents themselves,” says Tygo. Most rugby clubs jointly organize a man of the match ceremony after the match and a third round. “The third round is different for every club, with us the man of the matches will see who can eat a bottle of coke faster,” adds Jits.

To get better and better, young people invest about 6 hours a week in sport. They train twice for 1.5 hours and every two weeks for 1 hour in Den Helder. For a match, they are present 1 hour in advance and the match itself lasts 2 times 30 minutes. Tygo has a clear vision for the future: “There has to be more enthusiasm for the sport. If there are more players, we can put together a team with only players from Schagen and surroundings. Jits dreams of winning against the All Blacks, or at best defeating them!

The All Blacks are the most successful men’s international rugby club of all time with a win rate of 77.12% from 612 games between 1903 and 2021. The club hails from New Zealand.

It’s no secret that rugby is a tough sport. “It may be even harder than you think. It’s a full-contact sport where hardly any protection is used. Only a little for your teeth is mandatory. Tygo adds that the many rules also guarantee that rugby is also a safe sport.

Are girls also welcome? Sure! “There are few girls who practice this sport. Maybe they opt for less strenuous sports. If they participate, they play mixed with boys. They may find it scary, but they don’t have to be afraid of it.” Tygo and Jits are already looking forward to their next match, after all, having fun first! Does rugby sound like a fun sport to you? Request non-binding information from the club.