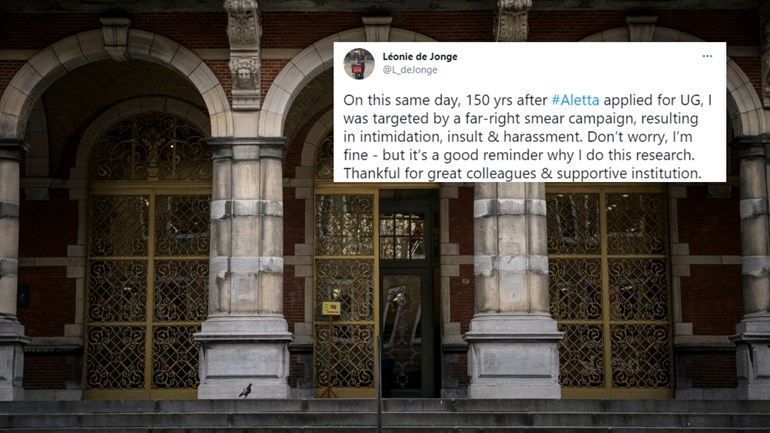 She is receiving intimidating and insulting messages at her address, according to the tweet.

Threats after appearing on television

The threats began after his performance last Thursday on broadcaster HUMAN’s Argos Medialogica TV program. The assistant professor specializes in far-right organizations and populism. She has conducted extensive research on the relationship between media attention and the success of political parties in elections. Because of her expertise, she spoke in the episode “Journalism in Times of Crisis” about extreme opinions and polarization of public opinion.

It’s not just an attack on me as a person, but on science

In the delivery includes an excerpt from the leader of the Forum for Democracy, Thierry Baudet, in which he downplays the severity of the coronavirus and criticizes scientifically proven figures.

De Jonge responds by saying that radical right-wing populists often work in the same way, namely by creating a scandal, by taking the role of victim and denying it, “then by creating another scandal”. In the episode, she also sheds light on how the media in other European countries treat extreme views.

‘Let it sink for a while’

It is not known what is the purpose of the messages received by the university professor and from whom they come. In response, De Jonge said he would ‘let the situation sink for a while’. “ But it’s not so much me personally either. It’s not just an attack on me as a person, but on science and academic freedom, ”she said.

We reject all forms of harassment

His direct colleagues at the University of Groningen express their support for De Jonge under the Twitter post. She also receives dozens of statements of support from fellow scientists at other universities across the country. Casper Albers, professor of statistics at RUG, describes his colleague’s smear campaign as “crazy”. “It goes without saying that scientists can do their job undisturbed.”

The University of Groningen announced in an official response that it would support De Jonge if necessary. “We also see this as an attack on academic freedom. We reject all forms of harassment. If someone is approached aggressively because of their work for RUG, that is unacceptable.