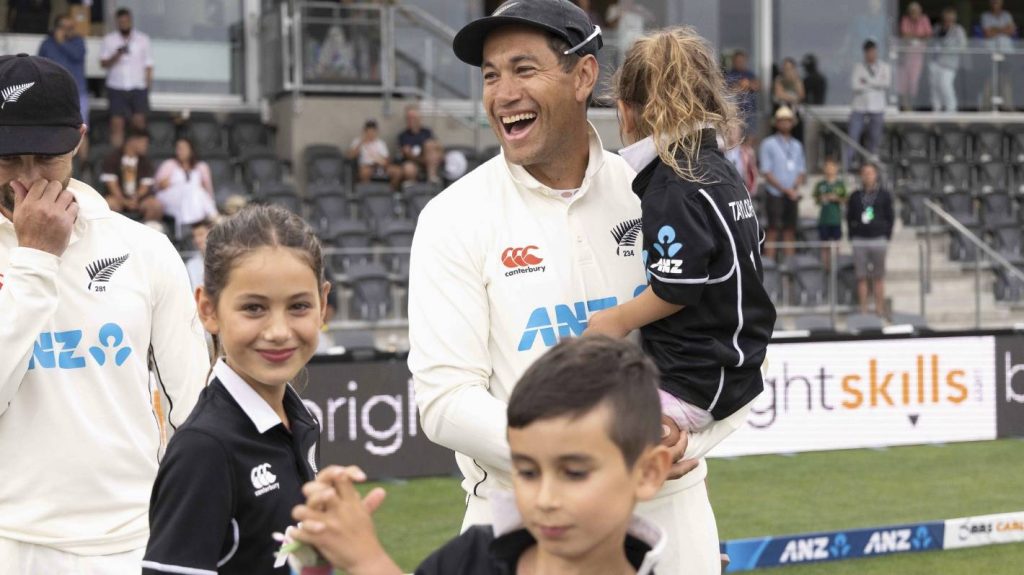 Taylor will play his 450th and final game for New Zealand in Hamilton on Monday when the Black Cabs meet the Netherlands in the final round of three one-day internationals.

Having passed his last test in January, Taylor will retire from international cricket at Seddon Park at the end of the day and night, but he still intends to play locally for his beloved central quarters in the summer. next, while the demands of eight-year- eldest son Jonty grows.

“I have to spare my shoulder, because I think in the next few years I have to throw it away and get some credit for what my dad did to me.”

Taylor said he felt relatively comfortable with his final streak for New Zealand after deciding to retire from the international scene at the end of last year.

“Perhaps the hardest part was making a decision.

“Once the decision was made, it was good to let everything go. I will miss it a lot – of course I will miss my teammates.

The 38-year-old missed twice with the bat in his first two games at Mount Monganoy and Hamilton, scoring 11 in the opener and then one of 10 throughs on Saturday as the Black Cabs were stunned by the juniors.

“All you can try is to contribute and enjoy it all one last time…but try not to dwell on it, just try to take the opportunity and hopefully contribute. “

New Zealand saved a remarkable 140 unbeaten 123 ball from captain Tom Latham on Saturday after falling to 32-5 in the 10th final.

Latham was 57th for the sixth wicket with Colin de Grandhomme before finding his main ally in Doug Brasswell.

Brasswell entered the starting lineup with Matt Henry with a back injury after the opener at Mount Mongani on Tuesday, and Brasswell joined Latham in leading the Dutch lead bowlers before turning the match in favor of New Zealand.

The 31-year-old completed 41 passes from 51 balls in his seventh 90-wicket partnership, and when he was sacked Latham was impressed, completing 34 of the last 14 he had.

Latham said the rescue plan was to beat five blocks at a time and ensure the party hit 50.

“The partnerships we were able to form under the pressure were perfect and Doug took some of the pressure off me.”

“The wicket helped the spinners a lot,” Latham said.

“But the most important thing is that they put the ball in the right place and were able to get the help they needed.”

Taylor is excited about the future of the Black Caps, having won the World Test Championship last year, reached the Twenty20 World Cup final and currently ranked as the best ODI team in the world.

“The team is in a great place.

“I think there are some great young cricketers on the way and I see this team getting even better in the years to come, and I can’t wait to watch their development from afar.”

Taylor had what he called a “fairytale” end to his racing career, winning a round against Bangladesh with his third New Zealand bowling.

But he doesn’t expect Latham to give him another chance on Monday.

“Unless there’s bad light, which I don’t think would happen in a day and night game.”