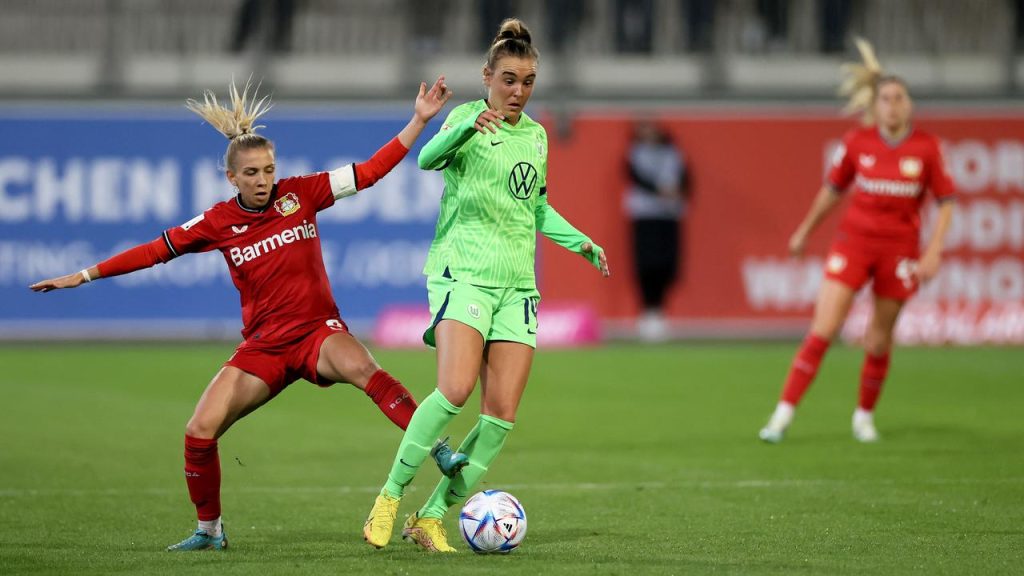 Jill Roord helped VfL Wolfsburg top the Bundesliga on Friday. Partly thanks to a midfield goal, Germany’s top club won the best game against Bayer Leverkusen 6-1, so they go to Orange with great confidence.

By our sports writers

Roord, 25, netted a cross from Jule Brand after thirteen minutes. For the Orange international, it was his second goal of the season, having broken the spell against Hoffenheim last week. That goal followed after a lucrative transfer from Oldenzaalse to FC Barcelona was rejected as Wolfsburg prevented the move.

Fifteen minutes later, another international from the Netherlands national team played the leading roles. Right-back Lynn Wilms served Ewa Pajor, who made it 2-0 from close range. Dutchman Jill Baijings took care of the connecting goal from the penalty spot on behalf of Bayer Leverkusen, but after the break Wolfsburg lost 6-1 and the club took the lead from ‘Die Werkself’.

Roord, Wilms and Baijings present themselves to the Dutch national team on Monday ahead of friendlies against Zambia (October 6) and Norway (October 11). The duels are part of national coach Andries Jonker’s squad training campaign towards the World Cup, to be held in New Zealand and Australia in July.

The Orange team qualified for this world final tournament last month by winning the last qualifying match against Iceland. The winning goal in Utrecht only came at the last minute and came from the foot of Esmee Brugts.

Quite remarkably, Lieke Martens, Dominique Janssen, Stefanie van der Gragt and Shanice van de Sanden are absent from the Dutch national team. According to Jonker, it was “the best for each individual”. He will explain his choices on Monday after the first practice.