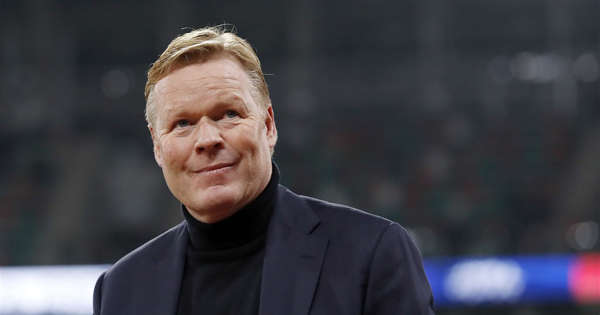 Ronald Koeman will once again be the national coach of the Dutch national team from January 1, 2023. The 59-year-old has reached an agreement with football association KNVB regarding a second term as coach of Orange. He then succeeds Louis van Gaal, who will stop as national coach after the World Cup in Qatar. Koeman signs for 3.5 years, up to and including the World Cup in the United States, Mexico and Canada.

“I’m looking forward to the new collaboration,” Koeman said in a response to the KNVB website. “A little over a year and a half ago, I didn’t leave the Dutch national team out of dissatisfaction. My stay went well, the results were good and the click with the internationals was good. . We will continue on this path. That’s for sure. for me.”

Koeman reached the first-ever Nations League final with Orange in 2019, losing to Portugal. The Dutch national team also qualified for a final tournament under his leadership in 2020 for the first time in seven years.

After the initial cancellation of the European Championship in 2020 due to the covid pandemic, Koeman decided to opt for his old love FC Barcelona when he was approached by this club.

Koeman has already hinted in the new season of Videoland series ‘Força Koeman’ that he would like to return as a national coach. The trainer was also responsible for Orange between 2018 and 2020.

The group of players have never hidden that they would like to see Koeman back.

The current national coach, who announced to Humberto Tan on Sunday evening that he was suffering from an aggressive form of prostate cancer, had already informed the selection and management of the KNVB last December of his decision to stop after the World Cup.

Watch the clip to Humberto here:

Van Gaal also called Koeman ‘his ideal successor’ and advised the KNVB to take on Koeman.