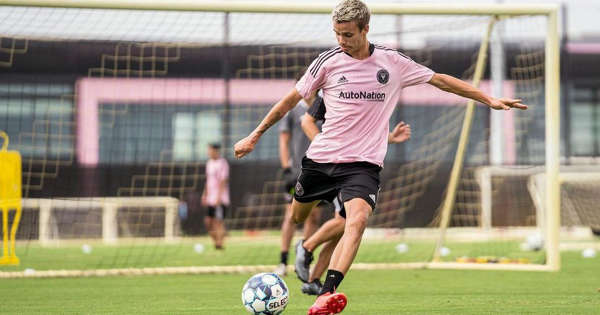 Romeo Beckham, the son of David and Victoria Beckham, signed his first professional contract this week. The 19-year-old footballer has signed up for Fort Lauderdale, which is playing in USL League One, the third-highest division in the United States.

© Instagram
It remains to be seen if Romeo has a judge as shrewd as his famous father.


The contract did not come completely out of nowhere. Fort Lauderdale is the reserve team for Major League Soccer club Inter Miami, owned by father David. In his new club, Romeo meets Harvey Neville, the son of former England international and former teammate of David, Phil Neville.

“Follow your dreams,” Romeo said on Instagram after signing the contract. In addition to the many congratulations from her fans, mother and former Spice Girl Victoria also states, “We are incredibly proud of you, Romeo. Kiss.”

The showbiz couple’s son, who celebrated his birthday on September 1, has been training with Inter Miami and Fort Lauderdale in recent weeks. According to British media, Romeo is a “versatile player who can play well both defensively and offensively”. The Florida club have played twenty games this season and are currently fourth in the championship.