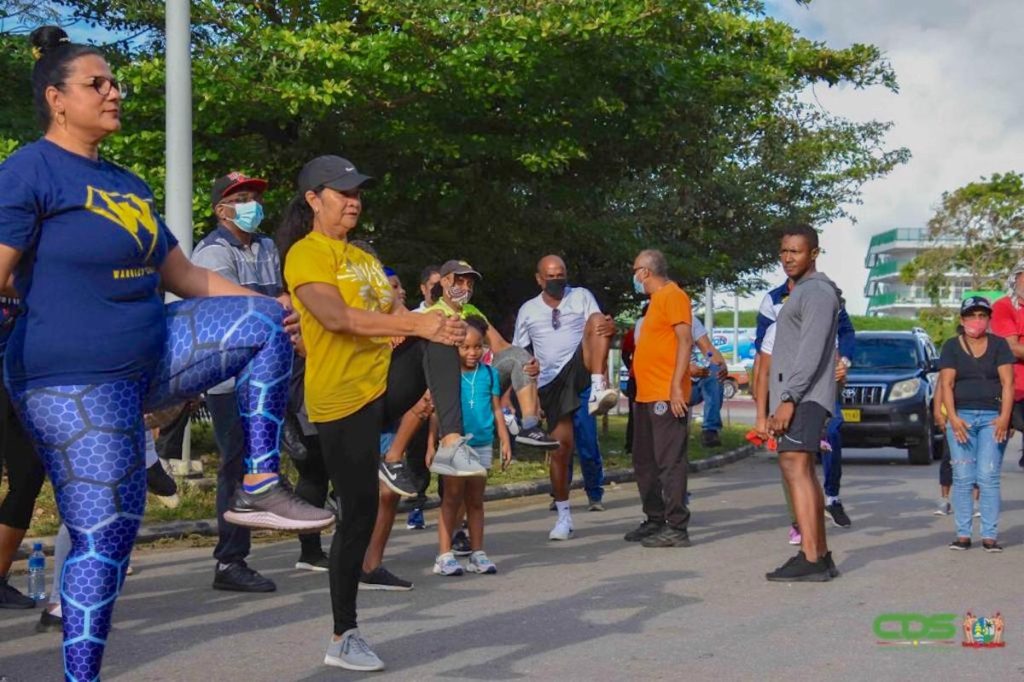 “Stop contemplating and start moving”. With these words, Rajiv Makhanlal, Owner Director of the Warrior Fit Movement, announced the first safe exercise zone project on Sunday, December 19, 2021 at Doctor Sophie Redmond Street. This is an initiative whereby a section of the road will be clear of traffic every Sunday between 8 a.m. and 10 a.m. and accessible to those who wish to move.

The head of state, who has also been involved for a while, calls the project one of the many initiatives the government has in the works to make the community healthier. He said that “health units” will be set up in all neighborhoods to raise awareness about healthy living and teach them about “healthy living”.

The kick-off took place around 8:00 a.m. The section of road between the roundabout and Van Idsingastraat was closed to vehicular traffic between 6.30am and 10.00am. This will be the case every Sunday so that those who wish to move have the opportunity to do so in complete safety.

The Safe Exercise Area project is an initiative of the Ministries of Health, Regional Development and Sports (ROS) and the District Commissioner of Paramaribo North East. The intention is to encourage the people of Suriname to exercise more. This initiative was well received by the participants, who made some suggestions to make the project even better.