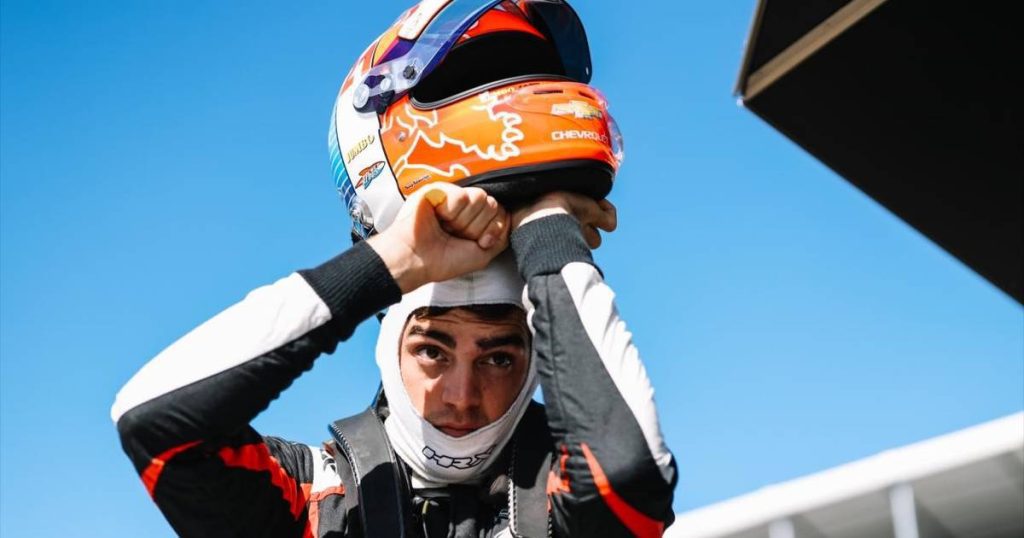 with videoThe Indy500 turned out to be a big disappointment for Rinus van Kalmthout. The Dutchman started third in the most prestigious car race in the United States. He started well, moved up to second, but made a crucial mistake early in the game.

He lost control of his car and crashed into the wall at high speed on the legendary Indianapolis track.

For Veekay, as Van Kalmthout lives his life in the United States, winning the Indy500 is a dream. He would like to follow in the footsteps of Arie Luyendijk, who was the only Dutchman to win the race in 1990 and 1997 and thus achieved hero status in America.

This is therefore not the case for Van Kalmthout at the moment. “I lost control of the rear of the car,” he told Ziggo Sport cameras. “I was surprised that this happened. Just huge disgust. Racing can be a lot of fun, but sometimes it’s also the worst sport. Now I have to watch all these rounds like the others. It’s very frustrating .

The 106th Indy 500 race was won by Marcus Ericsson. The Swede had a large lead, but after a fall from Jimmy Johnson the race was restarted four laps before the end. Ericsson managed to stick to it. Mexican Pato O’Ward finished second, ahead of Brazilian Tony Kanaan. Ericsson is the second Swede to win the competition, after Kenny Brack in 1999.