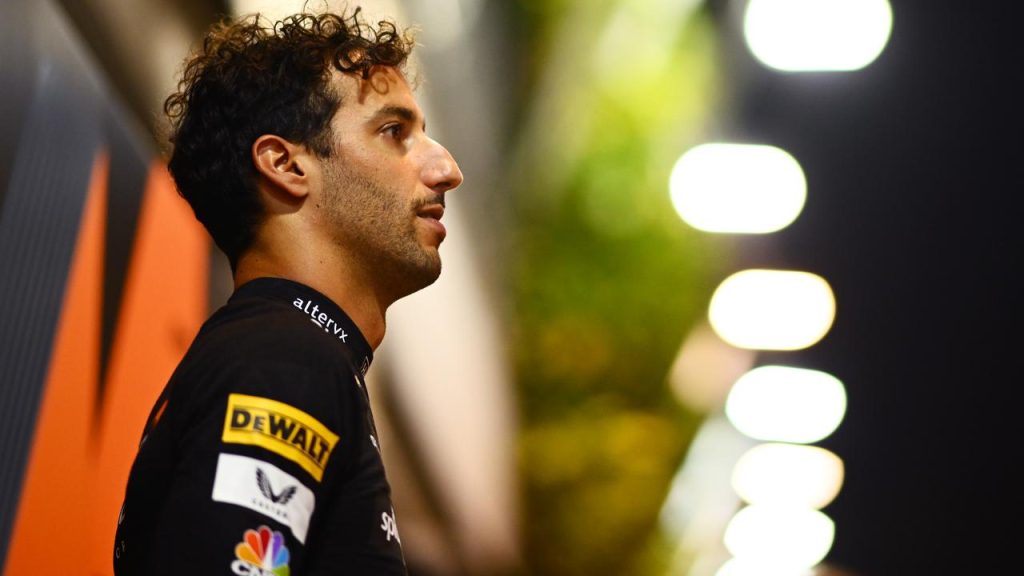 Daniel Ricciardo sees a reserve role in one of Formula 1’s top teams as a serious option to further his career. The Australian wants to stay active in the premier category. “If I go to another branch of motorsport, the door will be closed for good.”

Ricciardo, 33, must give way to his compatriot Oscar Piastri after this season at McLaren. Since this news broke at the end of August, there have been many rumors of a next step, although the remaining empty seats are rare.

“I would like to stay in Formula 1. So there is still plan A to stay on the grid. But I will not jump into the first seat that becomes free,” Ricciardo said in Singapore on Thursday.

The former teammate of Max Verstappen has won a total of eight Grands Prix, including his last one last year for McLaren. Although his two-year stint with the British team did not go well, he feels the Formula 1 world has yet to write him off.

“My management speaks to almost everyone in the pit lane, and there is interest. People are always positive and appreciative. They know how the sport works. The saying is you are only as good as your last race, but I’m not. I forgot how to do it. Nice things have been said to me, and that gives me confidence.

The reserve roll does not give any guarantee

These talks are also ongoing with top teams, such as Mercedes. Nyck de Vries is currently a reserve driver there, but this contract will expire after 2022. It is a role that Ricciardo could take on, and he is not indifferent to it.

“It’s realistic for me to fill a reserve role somewhere, although I know I really have no guarantee of a seat a year later. That’s certainly not the case with the top teams.”

Ricciardo mainly pinned his hopes on the end of 2023. “Then a lot of contracts will expire. So I want to keep my options open. I want to keep racing, but I’m looking more at the next two years, not just that.” the next “season.”

Another option is a seat further back on the grid, such as Haas or Williams. Although the driver from Perth realizes that poor results with a bad car can damage his reputation even more.

“I have to make that compromise. I know what it’s like to be in front, and ultimately that’s where I want to be. I don’t want to race for the race. I really have to believe that I can get back to racing. ” stage.”

Ricciardo is also associated with other racing classes, especially in the United States. IndyCar is the next step in the careers of many Formula 1 drivers, although Riccardo is more of a Nascar fan. But he doesn’t see himself taking a step towards America just yet.

“I like the other racing classes, but I’m not going there at the moment. I think the door to Formula 1 will close when you start there. Then I feel like I’m got out of Formula 1 and I’m not focusing here on that sport.

“Confidence has suffered a few blows”

For now, Ricciardo has six more races with McLaren, a season finale that has many ingredients to make it a swan song. For example, his teammate Lando Norris is driving a much improved car this weekend, unlike Ricciardo. His results in 2022 are not good for self-confidence anyway, even if he keeps his spirits up.

“My self-confidence is still there, although it’s taken a few bumps. I’m doing really well down after another bad Sunday. But I’ll be back on Monday, mentally. It’s exhausting to go over and over again. But when I look in the mirror, I’m still that guy who really wants and believes in himself. That’s ultimately why I want to stay in this sport.”