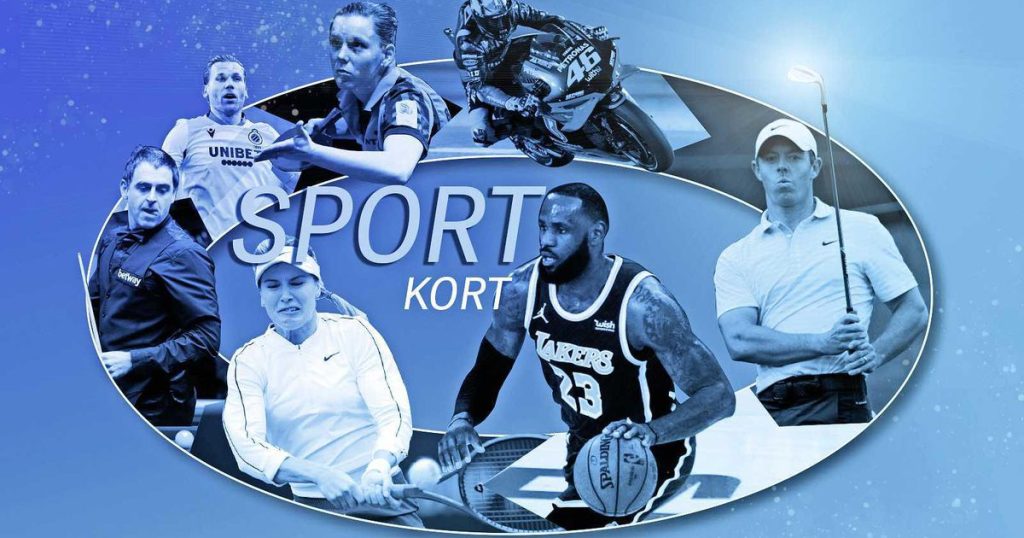 Keep up to date with all sports news. We have set up special pages on our website for Football, Tennis, Skating, Motorsport, Cycling and Darts news, where important issues from these sports are discussed.

2:38 p.m: Dutch mountain bikers finished sixth in the mixed series at the World Championships in Les Gets, France. Gold went to Switzerland who finished on 1.17.14. The Swiss trailed Italy by 6 seconds. The USA won bronze with a lead of 14 seconds.

Odgaard to Portugal with AZ to return

11:21 am Jens Odgaard travels to Portugal with AZ to return to the play-offs of the Conference League. Thursday evening, Gil Vicente is the opponent. The 23-year-old striker returns from injury.

Odgaard is yet to play for AZ this season, which was too strong for Gil Vicente in their 4-0 drubbing at Alkmaar last Thursday. In the Eredivisie, won the first two matches.

AZ coach Pascal Johnson has named a 22-man squad for the away match in Portugal, which kicks off at 9pm. Richelieu Basor will be left behind in the Netherlands, as will Jinho van Huysten and Jesper Karlsson. All three are still not fit enough.

Tens, 28, won the Tour de Vendée in 2018 and won stage six of the Tour of Switzerland earlier this year.

“It’s clear that I’m not coming into this team as a leader,” Tens said. “But as a German, it’s special to play for a great German team. I hope to put my experience at the service of the team.

09:29 am Dutch badminton players Selina Beek and Robintabeling have advanced to the quarter-finals of the mixed doubles event at the World Cup in Tokyo. After a bye in the first round, they won their first World Cup match. They defeated Indonesia’s Zakaria Joshiano Sumanti and Hediana Julimarbela 21-16 and 21-16.

In the eighth final, Peek and Tabling will face Japan’s Yuta Watanabe and Arisa Higashino on Thursday.

Deborah Zille and Cheryl Seinen were eliminated in the second round of the women’s doubles on Wednesday. Japanese badminton players Rin Iwanaka and Kei Nakanishi were too strong 23-21 and 21-15.