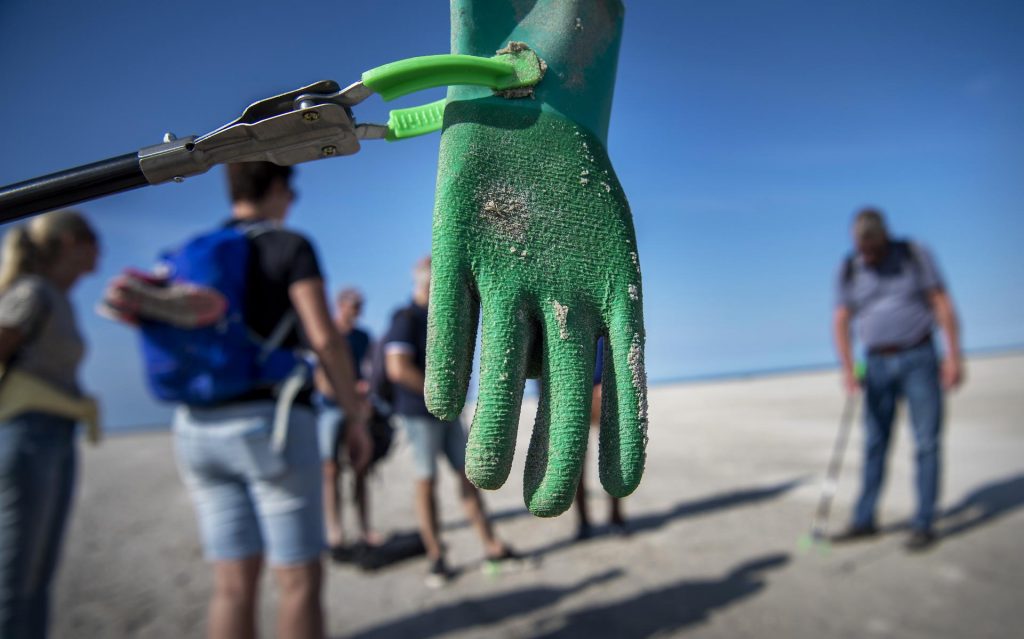 An annual cleaning day is fine, but more bins in public spaces would be a better solution to the waste problem. According to 82 percent of respondents to our statement.

“One-off action is of course good, but people leave a lot of garbage lying around on other days. In crowded places, you will find overflowing trash cans that are emptied too late. Making everyone more aware will have more of an effect because the people who participate are already motivated and the others are not or too little, ”someone wrote in a response.

Someone else agrees and disagrees with the statement. “I’m for both, but there are certainly far too few bins! And indeed, it is normal that you do not throw garbage indiscriminately in the street!

“I like a clean-up campaign once a year, but taking a waste picker with you on your walk is actually a solution of well-meaning people for people who apparently don’t feel responsible themselves! ”

Another participant disagrees with the statement. Get rid of all the trash, thinks this voter. Just like in Japan. “Don’t make trash cans the norm. This is how you get people to think about what they’re doing. The result is less dirty, because they have to take it back with them. In Japan, many cities deliberately do not have garbage cans and ashtrays in public spaces. ‘

But even if there are trash cans, things often go wrong. “Sometimes there is more garbage next to the trash can than in the trash can, a question of poor aim,” someone wrote. “Still, more bins would help, especially with benches. There is often no trash to see there.

There are more people saying that there should at least be some trash cans near the benches, so you can throw your walking break trash in there.

Finally, a ‘voter in disagreement’ says who apparently lives in a town where you have to pay for household waste by the kilo. “Garbage cans are already being used to dispose of household waste. This is due to the costs charged per offer. It would be much better if you could return the waste for free. Just stand up to the right. It is also necessary to reintroduce that bulky waste is collected at home.

Statement of the Day: More garbage cans in public spaces is more useful than an annual cleaning day