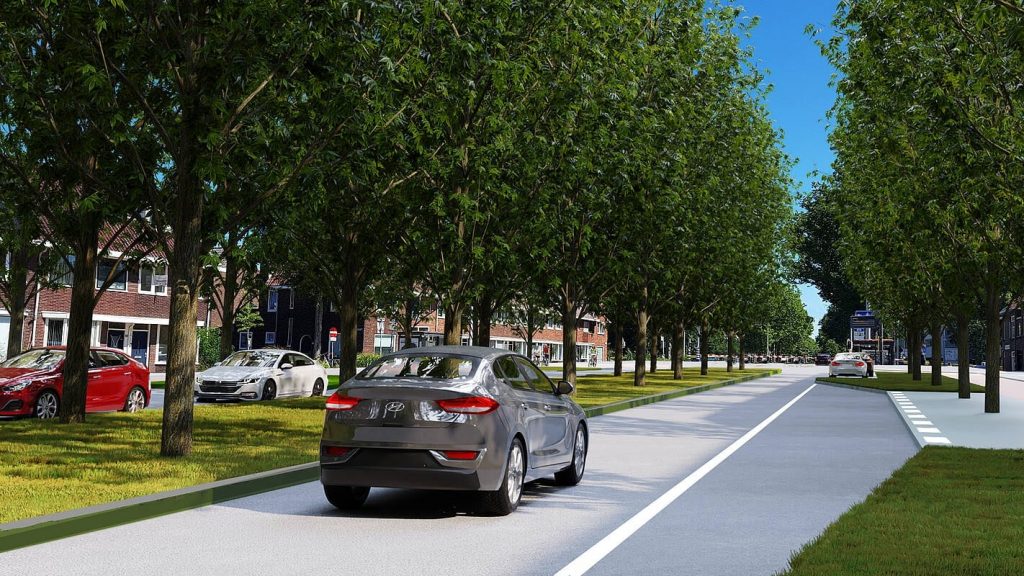 The plans for the Socrateslaan in Utrecht Rivierenwijk have been further developed. Previously, it had been announced that there would be a green median, that one lane in each direction would disappear, and that there would be more space for cyclists and pedestrians. In the meantime, the plans were presented to the inhabitants, so that a number of points were reconsidered.

The Socrateslaan, like the adjacent ‘t Goylaan, will be transformed into a city boulevard. This means that there will be less space for cars, more space for cyclists and pedestrians and more greenery will be added. Following the announcement of these plans last year, residents were able to share their thoughts with us. A total of 68 responses were received from the municipality.

Most of the reactions concerned the intention to remove around 20 parking spaces. “That is why we have studied how we can keep these parking spaces”, explains the municipality of Utrecht. It has now been decided to move the bus stop on Socrateslaan by 50 meters, so that the current number of parking spaces can be maintained.

In addition, there were also many reactions to the closure of the central reservation at the intersection with Jutfaseweg. This means that traffic can no longer go all over the place at this location, which is now the case.

According to the municipality, the current situation requires a lot of space for, for example, parking lots and traffic crossing at this location. “At peak times, this poses problems of traffic flow: all directions must be possible and therefore also green. As a result, waiting times at traffic lights increase during rush hour. “

The central reservation creates a safer passage for pedestrians and cyclists. The municipality decided not to change the design on this point.

Residents are also concerned about the flow of traffic on Socrateslaan. According to the municipality, the situation on ‘t Goylaan is often mentioned in this regard. A so-called flux study was therefore carried out. It appeared that with the redevelopment, the street is “future-proof in the context of a growing city”.

Finally, almost all residents responded positively to the addition of additional greenery on Socrateslaan.