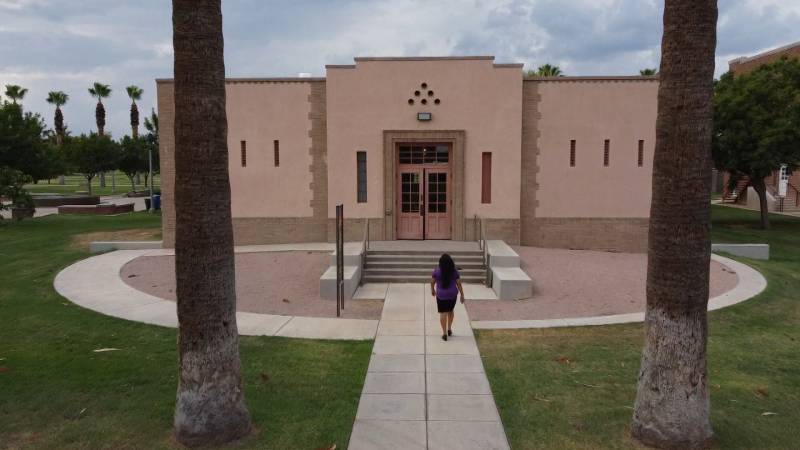 “This building used to be classrooms, next door was the dining room,” Talahongva says, walking towards a small exhibition space in his building. There are display cases with yearbooks from the 60s and 70s and early 20th century class photos hanging on the wall. The faces are clearly from the original inhabitants of America, but the children are dressed in western clothes.

“Their hair was cut here, they were not allowed to speak their own language, and their religions were prohibited.” She tells about the time when her grandmother was in school, around 1900. “She was here for twelve years and never saw her father and mother during that time. Being abused because you spoke in your own way. tongue, never being able to go home, that was all part of life here. “

The school operated for almost a hundred years, from 1891 to 1990, and was one of some 350 such residential schools in the United States. The goal was cruel and simple: “Kill the Indian, save the man,” said Talahongva. “That was the intention of the US federal government. We had to lose our identity and blend in with Western civilization.”

At the end of May, 215 children’s bodies were found at the site of a former residential school in Kamloops, Canada. The graves have not been named and the deaths of the children have never been documented. Canada was in shock, especially when ground radar surveys uncovered hundreds of bodies at two other residential schools.

The Native American tribes of Canada were less surprised; the stories of missing children are well known. But the findings raise the question of what lies ahead for Canada. Soil research is still being carried out on dozens of former school grounds.

“For the first time in history, America has a minister of Aboriginal descent,” Secretary Haaland said in response to the findings in Canada. “My own ancestors went through the policy of assimilation led by the ministry that I now have under my command. The ministry that tried to eradicate our culture, our language and our people.

Haaland called the upcoming investigation difficult and painful. “Never before has all of the documentation available on the internship program been collated and analyzed to determine its full scope and lasting impact.” But the US government wants to do it because not all wounds are healed yet, Haaland said.

Rosalie Talahongva agrees, but with a doubt in her voice. The shock at the findings in Canada and at the idea that an investigation is also being conducted at the Phoenix Indian School is still immense. “It’s very difficult. Because soon you will indeed make a discovery here, but then it starts. Who are these children, what tribe do they belong to? These are very complicated questions that can be left unanswered.”

Talahongva was decided as to the possible significance of these findings. This could be a time when the true story of Native Americans will be told, she said. “When there is a real understanding in society of who we are, of the traumas we carry with us, if that story can be told and taught, then the process of recovery can truly begin.”