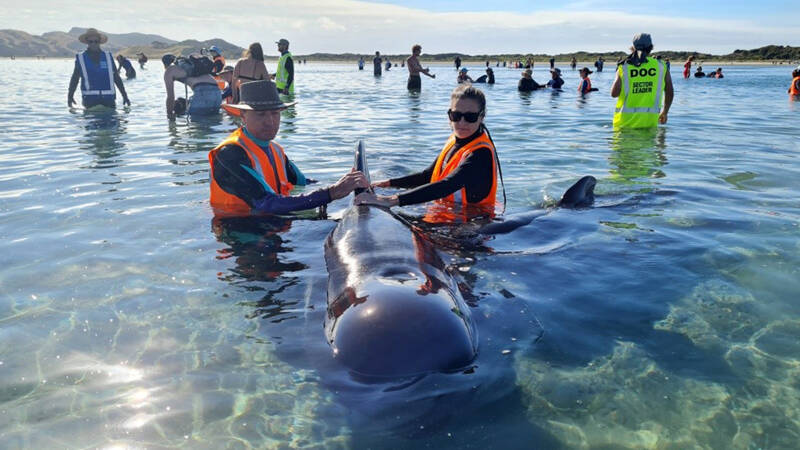 In New Zealand, a large group of pilot whales stranded at Farewell Spit, an elongated band on the north coast of the South Island. About 150 rescuers are trying to help the 38 whales return to the open sea. Help came too late for eleven pilot whales.

The pilot whales were found at local time Monday morning. Volunteers were called in to keep the whales cool and wet until they could again cross the tide.

Then the rescuers formed a chain around the pilot whales. They must first get used to the water and regain their balance, says Darren Foxwell of the New Zealand government conservation organization. against the local media: “They have to reorient themselves and we keep them together, otherwise there is a risk that they will run aground again if they swim alone. Again at sea and not get stuck at night again.”

Pilot whales more often land at Farewell Spit. Four years ago there were even 650, which ran aground in two groups. About half of them did not survive. Why there are so many pilot whales on this coast is not entirely clear. It may have to do with the shape of the coast, making it difficult for whales to navigate if they get too close to land.