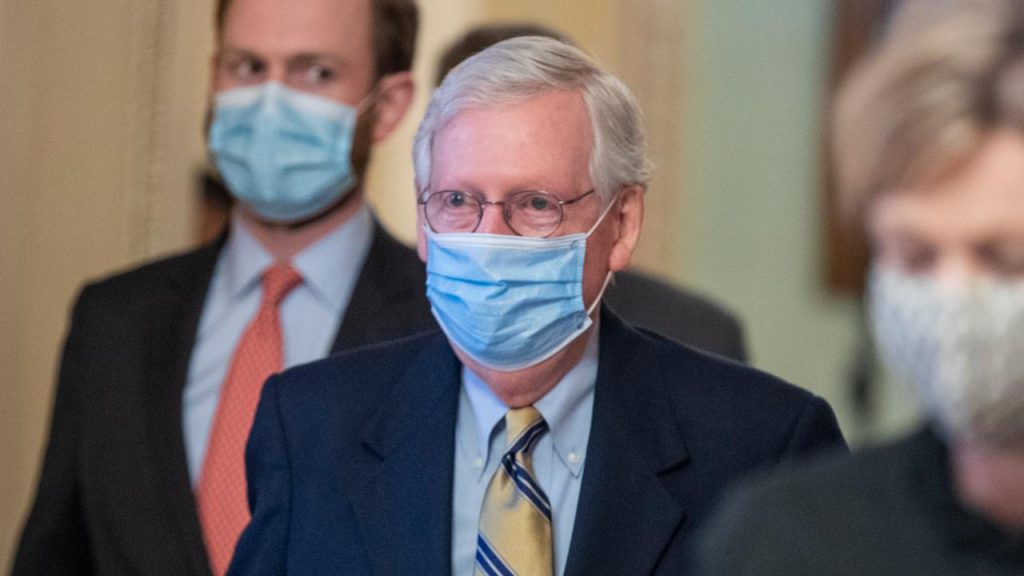 Republican Senate Leader Mitch McConnell said Donald Trump was “morally and practically responsible” for the deadly Jan.6 attack on Capitol Hill. Although McConnell voted against a conviction and called on his party members to do the same, the party appears to be breaking away from the former president.

Trump was acquitted on Saturday in an impeachment case in the US Senate. Although the majority of the 100 senators (57) voted in favor of the conviction, it was insufficient to obtain the required two-thirds majority. Only seven Republican senators have turned against the former president.

“There is no doubt that President Trump is practically and morally responsible for the events of that day,” McConnell said. “The people who stormed the parliament building had the impression that they were acting according to the wishes and instructions of their president.”

The Republican Minority Leader in the Senate has agreed with prosecutors that Trump is voicing conspiracy theories to his constituencies. He also points out that Trump was “determined to ignore voters’ wishes or destroy American institutions before leaving.” According to McConnell, Trump can still be sued as a citizen, but the Senate shouldn’t.

Other senators also agreed with prosecutors that Trump was irresponsible and aggressive in calling his supporters to come to Capitol Hill. However, they say it is unconstitutional to convict a former president. Plus, excluding Trump in the next election would only further divide the country, says Sen. Rob Portman (Ohio).

Despite an acquittal and lack of consequences, the harsh statements of McConnell and other Republicans should not be underestimated. In addition to whether Trump was responsible for inciting rebellion, the impeachment case also revolved around the future of the Republican Party.

More Republicans than expected voted to condemn Trump, and McConnell has shown with his statements that the party as a whole is no longer behind the former president. Trump is still very popular among much of the Republican electorate, so public opposition to him could have major political ramifications.

In the first impeachment case against Trump, in 2019, only Republican Senator Mitt Romney voted to convict his boss. In addition to Romney, six other party members voted with him on Saturday, meaning support for their controversial former boss is crumbling.

Chief prosecutor: happy to have convinced the majority

Democratic Chief Prosecutor Jamie Raskin is disappointed his case did not lead to a conviction, but says he’s happy that a Senate majority can still be convinced. Nancy Pelosi, the Democratic leader in the House of Representatives, was outraged after Trump’s acquittal. According to her, the senators from Reublan who voted against were “cowards”.

She also criticized McConnell, who blocked a fast-track impeachment process in January while Trump was still president. This could undermine one of the defense arguments that they believe a president who has already left should not be prosecuted.

Trump responded with satisfaction to his acquittal on Saturday. According to him, the trial was another phase of “the greatest witch hunt in the history of our country”. The 74-year-old former president may want to try again in 2024 to make an offer for the presidency, which Democrats hoped to prevent with the process.

The historic second impeachment trial against Trump began last Tuesday and has been unprecedentedly fast. Trump’s first trial lasted 21 days and also ended in an acquittal.