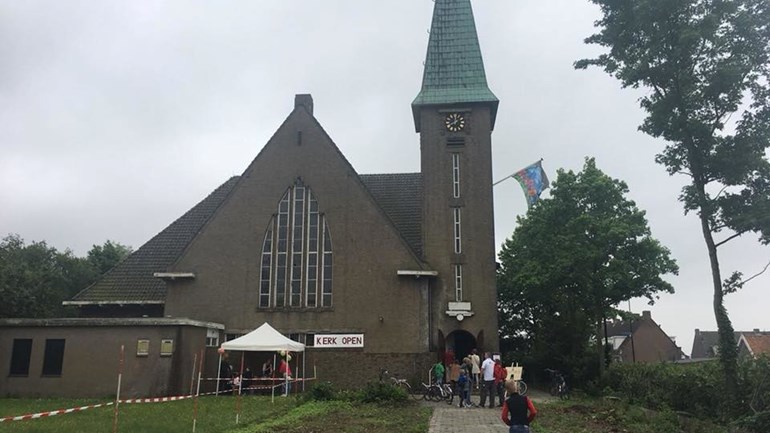 Reimerswaal has a total of 26 church buildings, six of which are national monuments; four of them have a monumental tower. The Heritage Zeeland knowledge center wants the stock of churches in Zeeland to stand the test of time. “In the past, churches were demolished and this led to social resistance,” explains Jan van de Voorde. He drafts the vision document for the municipality of Reimerswaal on behalf of Erfgoed Zeeland.

Although there is still a lot of worship in Reformed religious communities, there has been a steady decline in church attendance among other denominations for decades. Due to the merger of the PKN churches, the church building in Hansweert became unnecessary and was sold a few years ago. The building will be preserved: apartments and a wedding hall will be built.

Things did not go well with the Josef Roman Catholic Church in Rilland: after a long period of vacancy, the building was demolished in 2014. And after twenty years of disrepair, the old Dutch Reformed Church on the Bathseweg in Rilland is also demolished. The Municipality of Reimerswaal has reached an agreement with a project developer, who will restore the tower and rebuild the houses in a suitable style.

Nationally, 30 to 80 percent of current church buildings are expected to be removed from worship in the coming years, Van de Voorde says. On Tuesday, he presented his “road map” for the new vision for the church to be developed to the Reimers-Waalse city council. To do this, he first talks to the owners of the church, then Erfgoed Zeeland goes “to the field” to collect the wishes of residents and interest groups. Because the future of a church building is not just the owner’s business – he stresses; society also wants to express itself. Church buildings are identifiers, they determine the image and are a landmark in the streetscape.

Ultimately, a “traffic light map” should clarify the status of a (old) church building. “If the future is certain, there is a green dot next to it. If a church threatens to enter the danger zone, the stop is orange. And in churches that we really need to do something with, the signal is red. “

This is a message from the regional group De Bevelanden