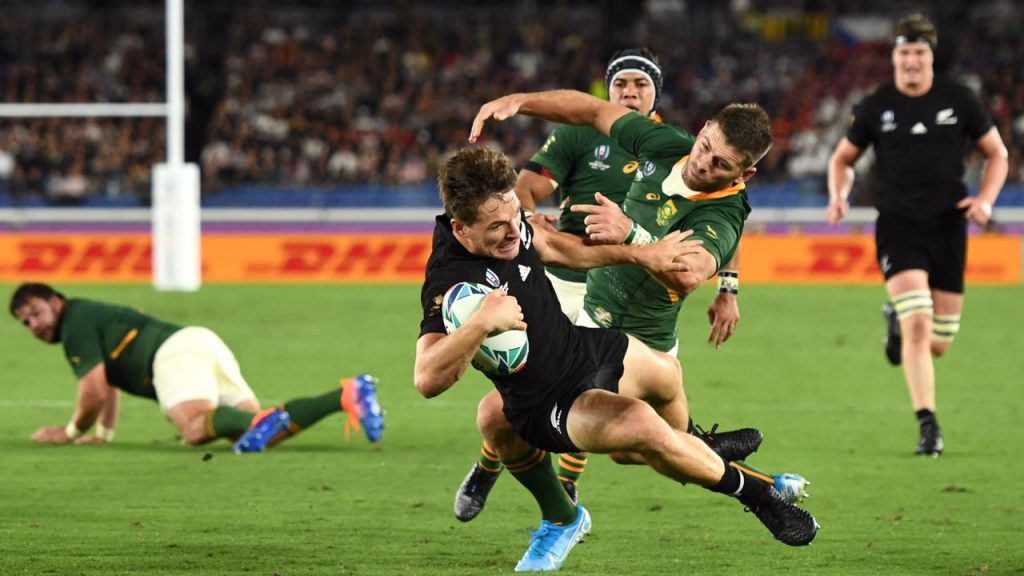 New Zealand kicked off the Rugby World Cup with a hard-fought win on Saturday. The defending champion was 23-13 too strong for another favorite, South Africa.

During the opening phase in Yokohama, South Africa, double world champions, were the best team. But between the 22nd and 28th minute, the ‘All Blacks’ made the difference with tries from Gareth Bridge and Scott Barrett, among others.

New Zealand were leading 17-3 at halftime. In the second half, the ‘Springboks’ fought back at 17-13, but thanks to penalties from Richie Mo’unga and star player Beauden Barrett, New Zealand’s victory was no longer in jeopardy.

New Zealand and South Africa will face Italy, Namibia and Canada in Group B. The top two teams advance to the quarter-finals.

France imposes itself in spectacle against Argentina

Earlier in the day, France won a very spectacular match against Argentina, number four of the last World Cup. The Europeans emerged victorious with 23-21.

At halftime, the French were already leading 20-3, but the Argentinians regained a 20-21 lead. Eleven minutes from the end, Camille Lopez helped France win with a so-called drop goal.

After the game, things got out of hand between players from both teams. The fight quickly died down, after which the two teams parted ways amicably.

Australia after a difficult first half against Fiji

Australia, losing runners-up four years ago, had a rocky start to the final round in Japan. Against Fiji, the team faced a 12-14 halfway deficit.

Thanks in part to two tries from Tolu Latu, the Australians won 39-21.

The World Cup began on Friday with a 30-10 win for hosts Japan over Russia. The squatter between Ireland and Scotland is scheduled for Sunday. England, another contender for the world title, will play against the United States and the Italian outsider will face Namibia.

The World Cup final will be played on November 2.