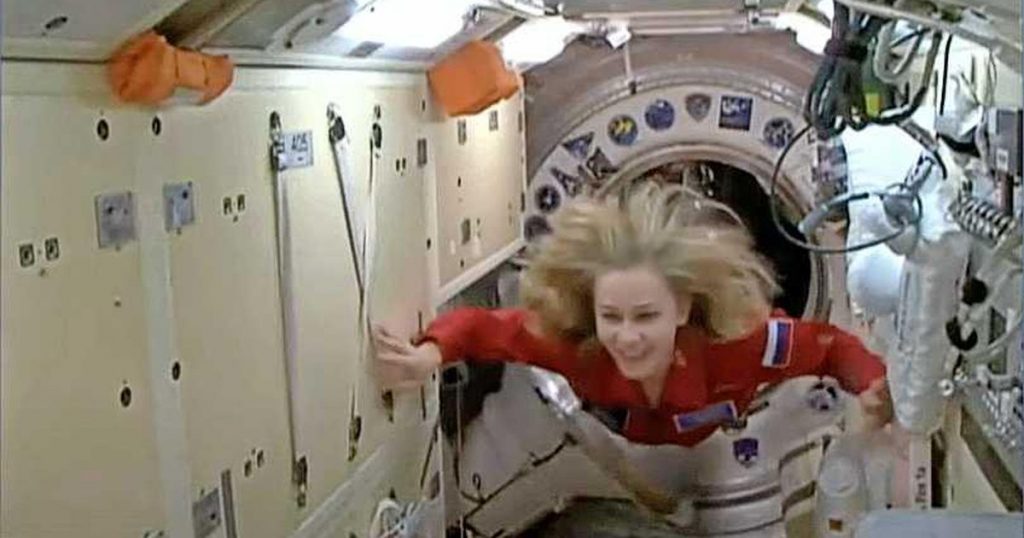 Peresild, Sjipenko and Novitsky were in a Soyuz pod on their return. On the night of Saturday to Sunday, it was disconnected from the ISS, about 420 kilometers above Earth. Then the craft slowly sank. Finally, it enters the atmosphere in a controlled manner. At around 6:36 a.m., the Soyuz landed safely on the endless plains of Kazakhstan, suspended from parachutes.

Peresild stars in the new Russian film Vizov (The Challenge). In the film, Novitsky becomes ill. He can’t return to Earth, so a surgeon played by Peresild goes to space to operate and save his life. The last half hour of the film takes place in the space station. It is not yet clear when the film will be released and whether it will also be able to be seen in Dutch cinemas.

A film crew was also filming when the capsule landed. These images are used in the making of the film, one of the producers told AFP news agency. There would also be pieces for cosmonauts, as the Russians call their astronauts, who were in the ISS.

With the film project, the Russians can once again write a first space in their name. The then Soviet Union was the first country to put a satellite (Sputnik) and an animal (Laika dog) into orbit. The first human in space (Yuri Gagarin) was also a Soviet cosmonaut.

The ISS currently has seven people: three Americans, two Russians, a Japanese and a French.