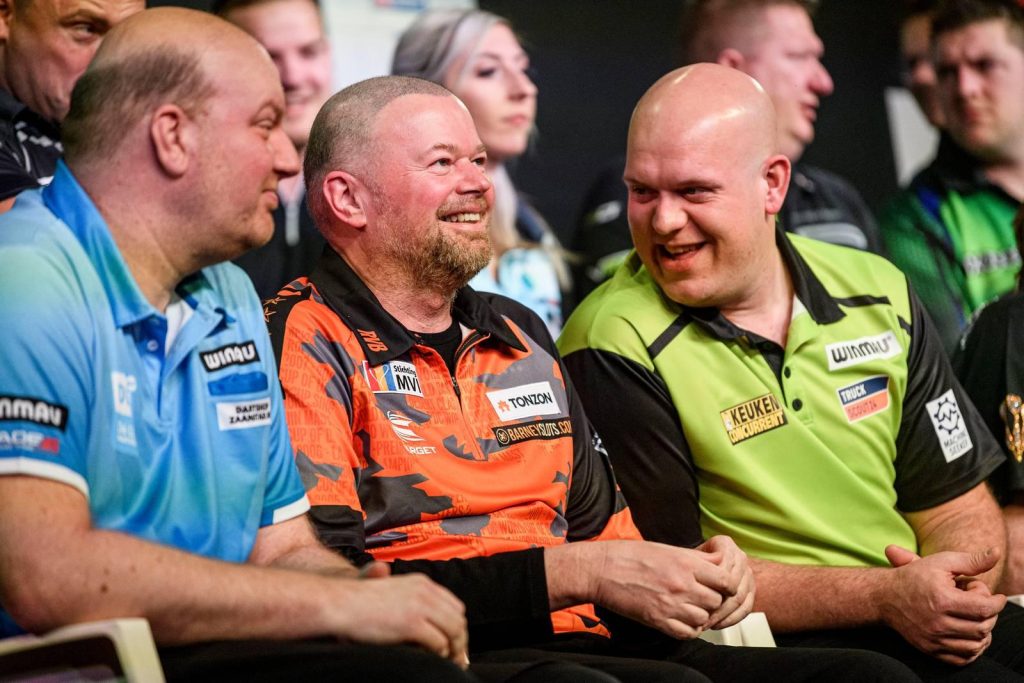 For the first time since Raymond van Barneveld’s return, he will face Michael van Gerwen again in a big darts tournament. The two leading figures will meet again on Saturday around 4 p.m. in the second round of the Players Championship Finals.

“Michael is number 3 in the world and I am number 74,” Van Barneveld explains of the current proportions in the PDC rankings. “So I have nothing to lose.” Barney and Van Gerwen were at the New Zealand Masters in a 2019 televised tournament, when Van Gerwen won 8-1.

short pots
Mighty Mike has won the last 4 duels against his rival. The last time Van Barneveld won was in November 2018. “Michael and I still have good mutual matches. Of course I’ll try to win. These are short matches, we’ll see how it goes. . “

BEST REGARDS
“I know Raymond is a good darts player, I have to put the pressure on him”, looks ahead to Van Gerwen. “I can do that too. I’m ready. It’s going to be a game.”

Very happy with my performance and victory tonight.
Satisfied with my average – but there is still work to be done tomorrow so no time to relax.
Thank you for the incredible support of the Barney Army here at Minehead. ??