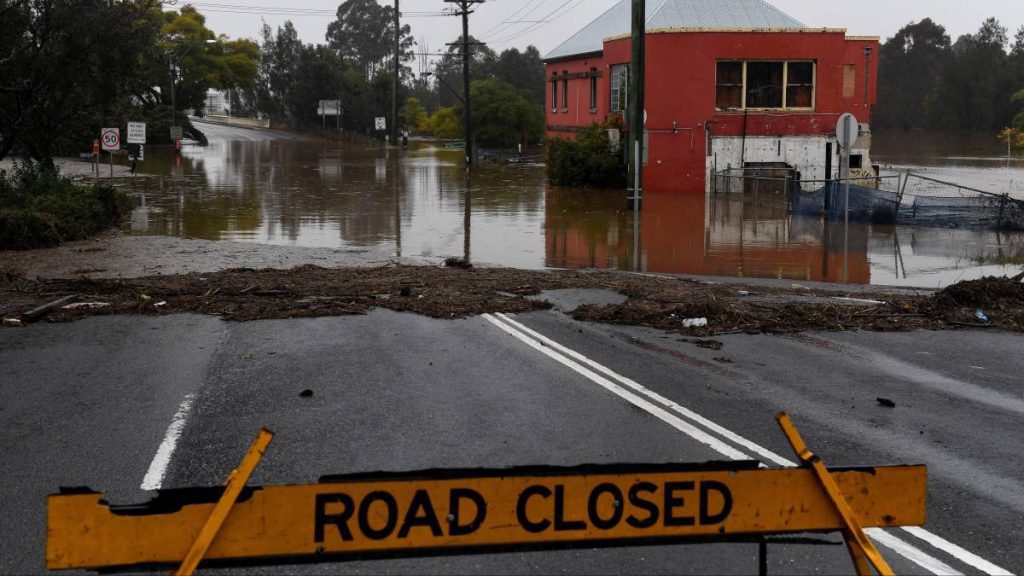 In and around the Australian city of Sydney, problems persist due to heavy rain. A total of 85,000 people have been asked to leave their homes as the area they live in is at risk of flooding. Yesterday, 55,000 evacuation orders had been issued.

Satellite images now show the area of ​​rain moving away. According to the authorities, this does not detract from the fact that several rivers around Australia’s largest city (5 million inhabitants) are still at risk of flooding.

“It is still a dangerous situation and we must respond with appropriate action,” Australian Prime Minister Alban said during a visit to Windsor, a suburb of Sydney. The Albanian also announced that the victims will receive a one-time emergency payment of 1,000 Australian dollars (just over 660 euros).

Sydney is now hit by floods for the fourth time since March 2021. According to the Prime Minister, the floods and the increase in wildfires in his country are proof that action must be taken against climate change.

“We are looking for long-term solutions,” said the Albanian, who won the Australian election with his social-democratic Labor party in late May. “My government has changed Australia’s attitude to climate change from day one.”

These are pictures from yesterday of Sydney:

“So much rain, it’s already the fourth time this year”