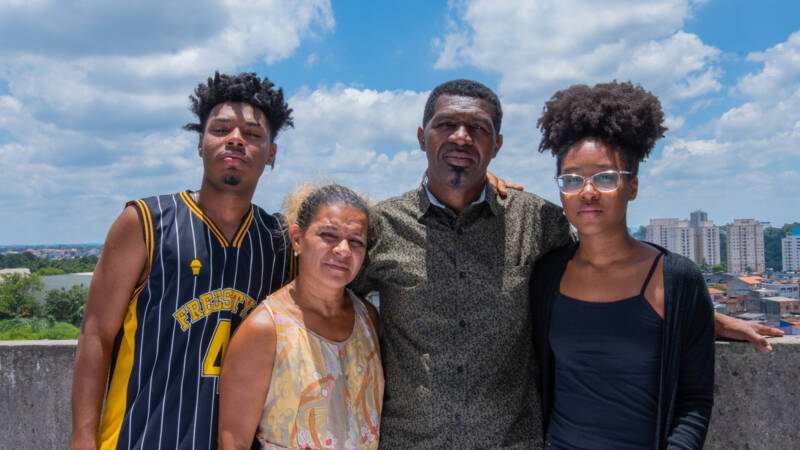 Nowhere in the world are there as many people murdered as in Brazil: an average of 114 per day in 2019. Three in four victims are black Brazilians.

“There is a lot of racism here,” Januário emphasizes. “People face it every day. They think it’s normal. That’s why the protests here were relatively smaller than in the United States,” Januário thinks.

The incident radically changed the life of the family in Osasco. Januário was indeed compensated by the supermarket chain, but the prosecution decided not to prosecute its attackers for racism. The six former guards were eventually acquitted after lengthy trials. This is characteristic of racist incidents in Brazil, complains Januário Dojival Vieira’s lawyer. “No one in Brazil is in prison for racism.”

Januário never really feels safe. “I learned how, as a black man, you can live life safely. You need to make sure you’re not in the wrong place at the wrong time. Your clothes, your hairstyle, you always have to be careful that nobody takes you for a criminal. “

For this reason, he got rid of his brand new car after the incident. “I bought an old barrel. I thought that was a solution, because with this old car, no one would think that I was a car thief anymore. But I was wrong. Two months ago I was standing by the side of the road with the hood up. The police thought I was trying to steal the car. It ended well because I knew one of the policemen. “