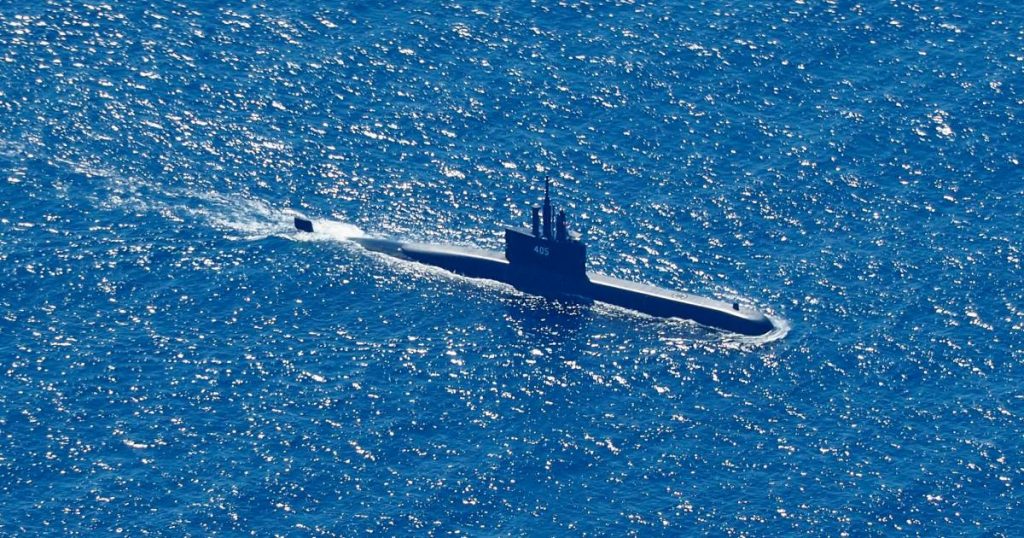 IndonesiaThe US Air Force sends a number of teams to assist Indonesia in the search for a missing submarine with 53 sailors on board. Indonesian President Joko Widodo announced that authorities were doing everything in their power to locate the submarine. It is a race against time. The naval chief expects crew members to run out of oxygen around 3 a.m. next night. “We will intensify our efforts until 3 am this evening,” assures Major General Achmad Riad.

The US Department of Defense is “heartbroken” over the news of the submarine which disappeared from the radar on Wednesday during an exercise off the coast of the island of Bali. “Our hearts are with the Indonesian sailors and their families,” a Pentagon spokesperson said.

“At the invitation of the Indonesian government, we are sending air forces to help search for the missing submarine,” the spokesperson said. U.S. Defense Secretary Lloyd Austin will meet with Indonesian counterpart Prabowo Subianto on Friday to show support and discuss how the United States can help further.

Indonesia is already receiving support from Malaysia and Singapore, which have sent ships. France, Germany and Australia have also offered to help. Indonesia converted a helicopter and six ships to find the German-built KRI Nanggala-402.

Unfortunately, we are unable to display this social post, live blog, or otherwise as it contains one or more social media elements. Accept cookies from social networks to always display this content.