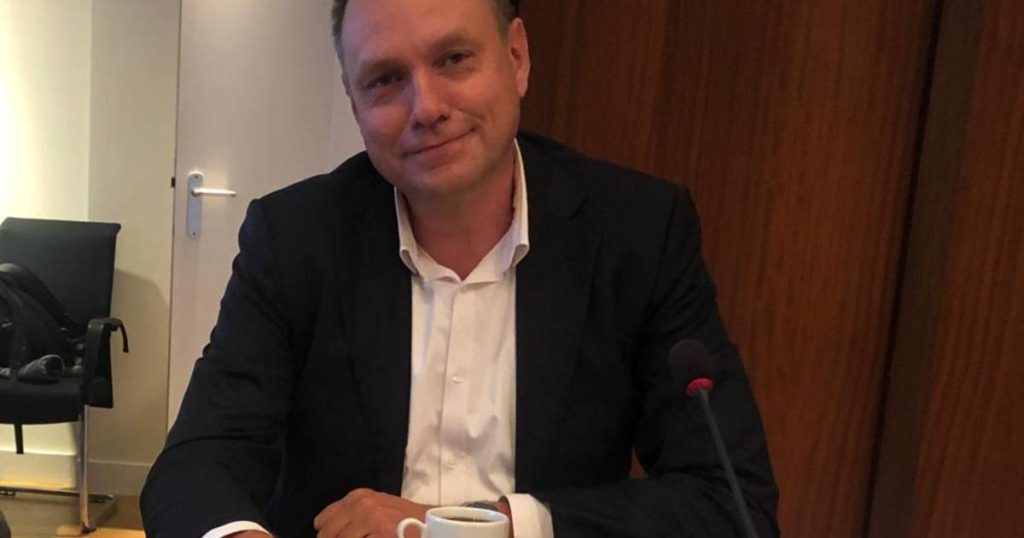 “It is close to my heart. It’s not me, but it will stay with me. Verburg’s departure also means that the Labor Party will leave the coalition and will not take part in the next city council. The party has no other alderman candidate.

The reason for the departure is the coalition agreement that the party concluded with the SGP and Leefbaar Reimerswaal. It contains, among other things, a few sentences on the question of gender. It is said: All our employees can count on equal treatment, regardless of their origin and social status. We treat diversity with respect. There may also be differences between men and women. We do not follow the trend of approaching all residents regardless of gender.

According to Verburg, this is absolutely not the case. He believes that much more is sought behind the sentences than what is actually happening. It’s as he says literally, he says and, according to him, there is no need to search for it anymore. He hates that he is now stamped as discriminating and that’s why he throws in the towel.

It is still unclear what the consequences will be for the new coalition with the SGP and Leefbaar Reimerswaal. It is certain that the PvdA is no longer in the picture to participate in the coalition.

With this announcement, I let you know that I am stepping down as candidate alderman. Below I further explain my statement.

The negotiations during the formation between the SGP, Leefbaar Reimerswaal (LR) and the PvdA resulted in a beautiful and social (draft) coalition agreement. An agreement in which, despite the ratio of seats on the council of the executive parties targeted (SGP 8 seats on the council, LR 4 and PvdA 2), we find many points of the PvdA’s electoral program in the social and cultural field.

Part of this agreement, especially its last sentence, has been debated: “All our employees and residents can count on equal treatment, regardless of their origin and social status. We treat diversity with respect. There may also be differences between men and women. We do not follow the trend of approaching all residents in a gender-neutral way.”

Councilor Marjolein Sinke-Oele in the PvdA party has indicated that because of this last sentence she will vote against the deal if it comes to the council. She feels that this phrase discriminates against gay and transgender people and that the rest of the group would not want to risk walking out of the coalition by raising the issue. Furthermore, Marjolein Sinke-Oele states that she was not involved in the conclusion of the agreement.

The sentence in question does not discriminate against gay and transgender people and not making it a topic of discussion has nothing to do with whether or not you are allowed to participate in the coalition. I am referring to the quote from party member Hans van Stel in the PZC on Wednesday June 1: “If it had been said ‘we exclude such and such a group’, that would have been unacceptable,” says Van Stel. “But the sentence in it now means in practice that citizens receive a letter in which they are addressed as ‘dear sir’ or ‘dear madam’, but if they indicate that they do not want this, that there’s room for that too.”

The entire coalition agreement as it stands is a document drawn up by the SGP, LR and the PvdA, on which each party proposed questions and (if there were any discussions about it) a consensus was reached. And again, referring to the ratio of council seats, I can say a very pleasant and social coalition agreement for the PvdA.

It is true that Marjolein Sinke-Oele was not involved in the negotiations. As usual, these discussions were led by the party president and the party leader. After each meeting, band and support group members were updated on the progress, either physically or via Teams. They also indicated that they were satisfied with the progress of the process and did not raise the alarm on passages which could constitute a breaking point. Finally, the general meeting of members of the PvdA Reimerswaal division approved the coalition agreement and its participation in the coalition.

This whole situation made me think about my position as an alderman candidate. The group nominates the candidate for alderman, but how am I going to do it if I only have the support of half a group for the coalition agreement, the new council’s working document for the next 4 years. Also, negative posts on social media affect me. If I make political mistakes, I’m accountable to the board. This is the fate of an adviser. You know it and you can’t stand it, you shouldn’t start a job like that. In this case, I am personally accused of something, accused of something and called something very distant from me. The genie came out of the bottle because of this, I can’t put it back in. The attitude of the national PvdA in this respect (hearing and absence of contradictory action) also disappointed me deeply.

This made me decide to step down as a candidate for alderman and made the PvdA Reimerswaal decide to leave the council. Unfortunately, the PvdA will again be an opposition party for the next 4 years. When a new council is formed, I will therefore no longer be an alderman.