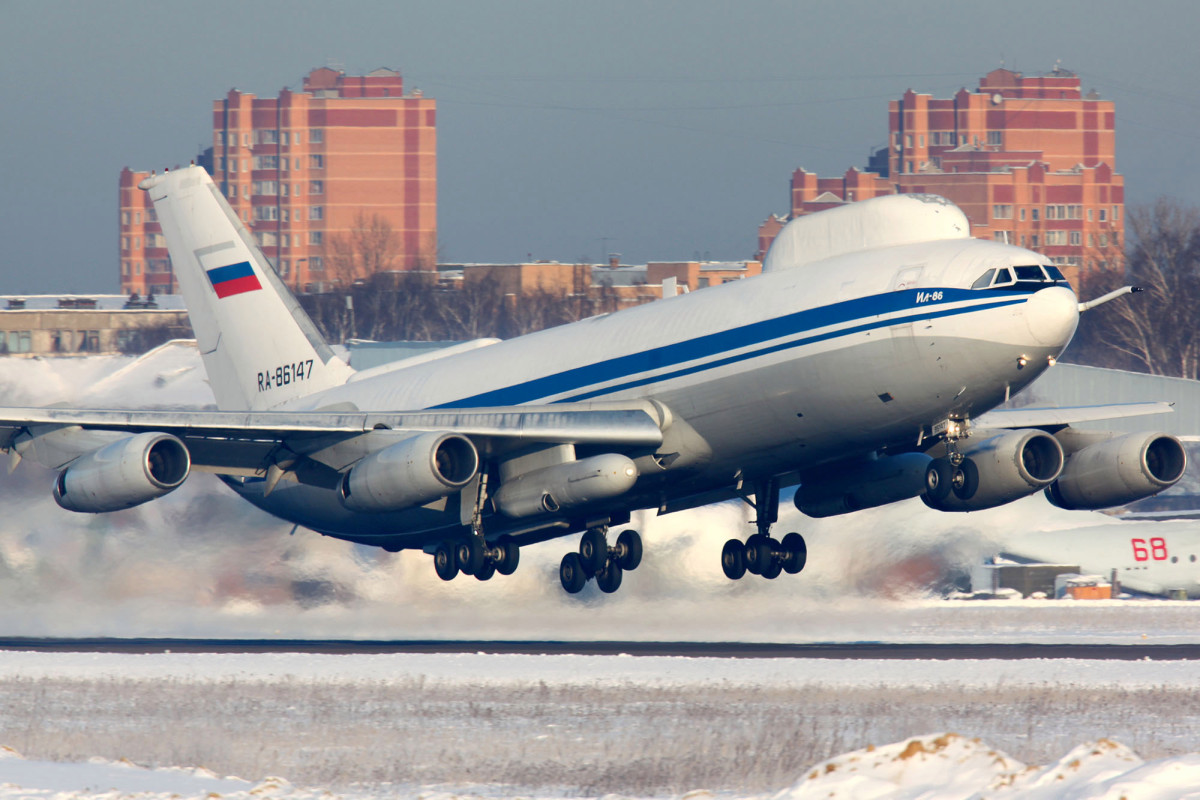 Russia’s so-called “doomsday plane” – used by Vladimir Putin in the event of a nuclear attack – was smashed and removed.

The Moscow Times reports that thieves attacked an Ilyushin-80 while performing maintenance work at an airport in southern Russia’s Daganrock, broke into a cargo hut and swiped $ 13,600 worth of gear.

Shoe- and fingerprints were found inside the aircraft.

Putin’s spokesman Dmitry Peksov called the robbery a “state of emergency” and promised “steps will be taken to prevent it from happening in the future.”

The Interior Ministry did not mention the theft.

Russian military experts have speculated that the gear may have been stolen because some of it contained gold and platinum.

The top secret aircraft was converted from a Soviet jet in the latter part of the Cold War.

It is one of four aircraft built to withstand electromagnetic pulses and has some windows to protect its passengers from a nuclear explosion, the Moscow Times reported.

The first such aircraft is believed to have flown in 1985.

REN-TV reported this week that a dozen people have been questioned as part of an investigation into the theft. The network said officials accessing the airport may have been responsible for the breach.

Dachanrock, about 700 miles south of Moscow, is owned by Perive Airlines, a state-controlled government agency.