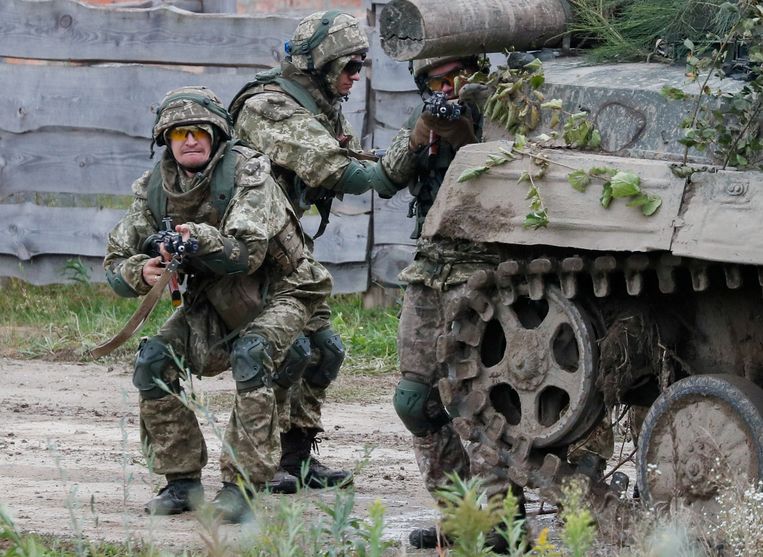 The exercise, Rapid Trident 2021, follows a large-scale joint military exercise led by Russia and Belarus along the borders of Ukraine and NATO countries. Up to 200,000 soldiers participated.

The Kremlin appears to be the most disturbed by the presence of US units stationed in Ukraine since April for a training mission. “They are bringing NATO troops to Ukraine,” Lukashenko said after the meeting with Putin. “Under the guise of training centers, they are actually establishing bases in the country. It is clear that we have to respond to this.

Russia is also likely to be concerned about the call by the US Congress to provide more weapons to Ukraine. These include the Iron Dome anti-aircraft system. But it is doubtful that the Biden administration will agree, for fear of fueling tensions in the region.

No NATO admission yet

According to Lukashenko, he and Putin agreed that something had to be done. “Otherwise, tomorrow we will have an unacceptable situation right on the border with Russia and Belarus. He did not say what steps the two countries plan to take.

Ukrainian Foreign Minister Dmytro Kuleba ignored threats from the Kremlin. In a tweet, he said Russia should not interfere in the situation in Ukraine. Putin’s “red lines” end at Russia’s borders. On our side of the border, we decide for ourselves what we do in the interests of the Ukrainian people and the security of Ukraine and Europe.

Relations between the two countries have been extremely bad since Russia seized the Crimean peninsula in 2014 and gave military support to pro-Russian separatists who have seized power in the east of the country.

Ukraine has been pushing for entry into NATO for years, much to Russia’s dismay. According to Moscow, after the fall of the Berlin Wall and the collapse of the Warsaw Pact, the Eastern European military alliance, the West promised that NATO would not expand eastward .

At the moment, there is little incentive for NATO to admit Ukraine. The conflict with Russia over Crimea and renegade pro-Russian regions plays an important role here. Much to her disappointment, Ukraine has yet to be admitted to the Membership Action Plan, a kind of portal for NATO.