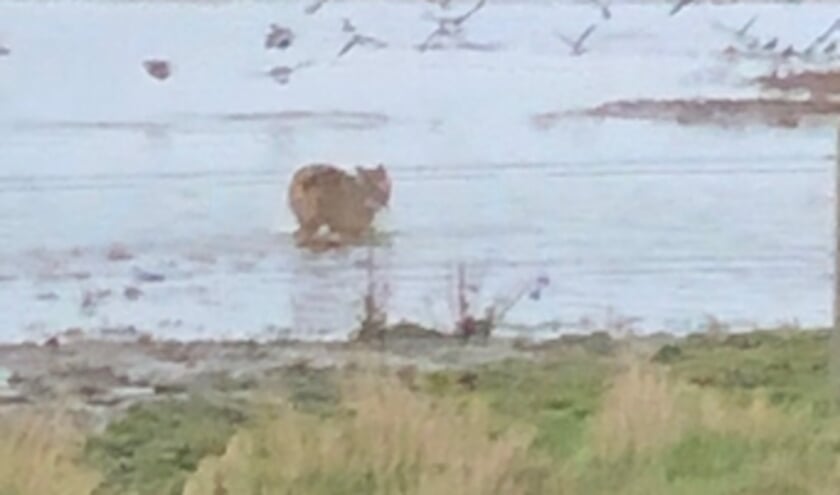 Today a wolf has been sighted in the Prunjepolder and elsewhere in Schouwen-Duiveland. The province confirms it. It is probably a young wolf who left the pack in search of a new habitat. This young wolf has already been seen in North Brabant. WereldRegio reported it this morning in response to messages to editors.

During the journey in search of a new habitat, the wolf hunts for its food. A young wolf is still inexperienced in hunting. This means that there is a chance that it will attack cattle instead of wild prey. The wolf is a highly protected species and therefore should not be hunted or even hunted. It is best to leave the animal alone. Do not look for it, because if it is hunted, there is a risk that the animal will make errors in judgment. At the same time, it is important for sheep and goat herders to protect their livestock.

The wolf is a protected animal in Europe and also nationally. We respect this protected status and will not actively keep the wolf, nor actively bring it in. The actions are therefore mainly aimed at protecting livestock. We want to prevent or limit as much as possible the damage caused by wolves through preventive measures. The Province is in contact with, among others, the Province of Brabant, the ZLTO, the Association of Sheep Breeders, the Wildlife Management Unit and the RUD. The municipality of Schouwen-Duiveland has also been informed. By restoring Dutch nature, the wolf has found its way back to our country. This presents an additional challenge for sheep and goat farmers. They have to protect their animals – especially at night when the wolf is hunting. This means keeping it indoors where possible or placing it behind a current-carrying (wolf-proof) fence. If this is not possible, mobile emergency kits can be borrowed via the province of Zeeland with which the animals can be quickly protected against a possible attack from outside. Send an email for more information to [email protected]