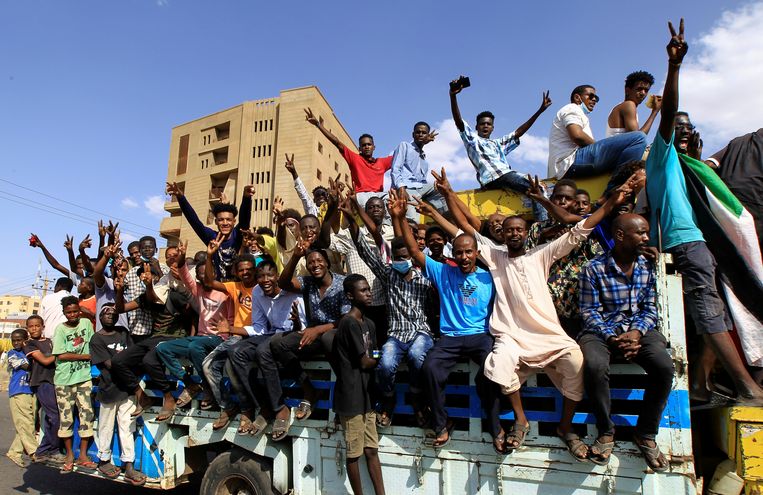 On Sunday, residents of Khartoum erected barricades with car tires, stones and streetlights, according to images sent from Sudan despite the closure of communication lines. Neighborhood committees call on residents not only to block access to residential areas, but also to keep businesses closed. With this “civil disobedience”, the Sudanese people want to pressure the army to retrace its steps.

On Monday, the military seized power in Sudan by arresting cabinet members, placing Prime Minister Abdalla Hamdok under house arrest and declaring a state of emergency. The army also unilaterally announced the end of the administrative cooperation between civilians and military established in 2019. This cooperation began after the military forces, under the pressure of a popular uprising in the style of the Arab Spring, toppled their leader. in power for 30 years, Omar al-Bashir.

The Sudanese are furious as the military tries to crush the promised “transition” to a country that is even completely controlled by civilians. “Protect the 2019 revolution” is the motto of many protesters.

Last Saturday, tens of thousands – and perhaps even hundreds of thousands – of people demonstrated against the coup, spread across several cities across the country. They chanted slogans against army chief Abdel Fattah al-Burhan, who announced the seizure of power last week, and for Prime Minister Hamdok. Protesters also challenged soldiers on the street who, at the end of the day, started firing shots in several towns and reportedly blocked a hospital in Khartoum to prevent injured civilians from receiving medical treatment.

Prior to the mass protests, the United States warned the Sudanese military not to allow peaceful protests. This demonstration carrying considerable risks was already apparent in 2019, when a paramilitary unit opened fire on civilians who, soon after the fall of Bashir, wanted to put pressure on the army through sit-ins to transfer the power for the people to siphon. At least a hundred Sudanese were shot dead at the time; the soldiers threw some of the corpses into the Nile.

UN Secretary General Guterres on Sunday called on Sudanese generals to reverse their seizure of power and respect “constitutional” agreements. The United States and multilateral agencies such as the World Bank are freezing financial aid to Sudan, which has been going through a deep economic crisis for years. Army chief Burhan and other high-level military rely on the support of countries like Egypt and Saudi Arabia, with which they have long done business. Washington would now try to put pressure on the Sudanese army through these countries.