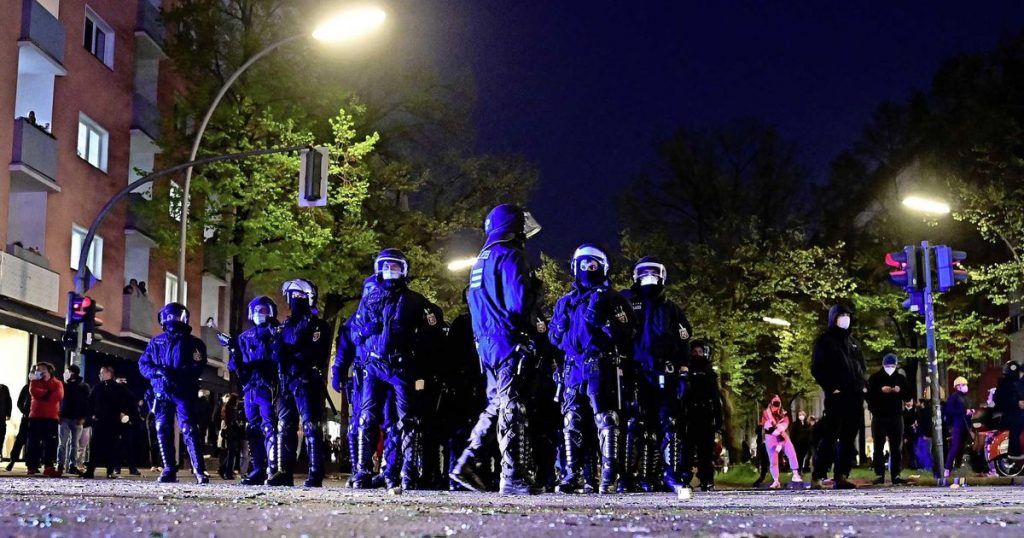 According to the police, some 5,000 demonstrators gathered on Saturday in the district of Neukölln in Berlin. The police were prepared for the arrival of twice as many people. Some sources have indicated that this number is more than satisfied.

Things got out of hand when the wheel turners started bombarding the officers with bottles and rocks and physically attacking them as well. Waste containers and pallets were set on fire in various locations. Police defended themselves with pepper spray, among other things. Three officers were injured by fireworks. Several rioters were arrested.

Left-wing activists waved flags or armed themselves with protest signs. They shouted slogans at the police. He called on protesters with megaphones to obey the rules of the crown, including one and a half meters apart. Many were disappointed and demanded, among other things, an immediate resumption of social life and free employment for sports clubs.

Elsewhere in the country

Similar events have taken place elsewhere in the country. In Hamburg, the police dispersed a group of hundreds of left-wing activists in front of the Rote Flora cultural center using a water cannon. Later, an unauthorized demonstration in the Lohmühlenpark was interrupted. Dozens of visitors were arrested.

In Frankfurt, 3,000 people staged a protest march. A number of participants were arrested for fireworks and police attacks. The water cannon was also used here. Similar incidents were reported in Leipzig and Erfurt.