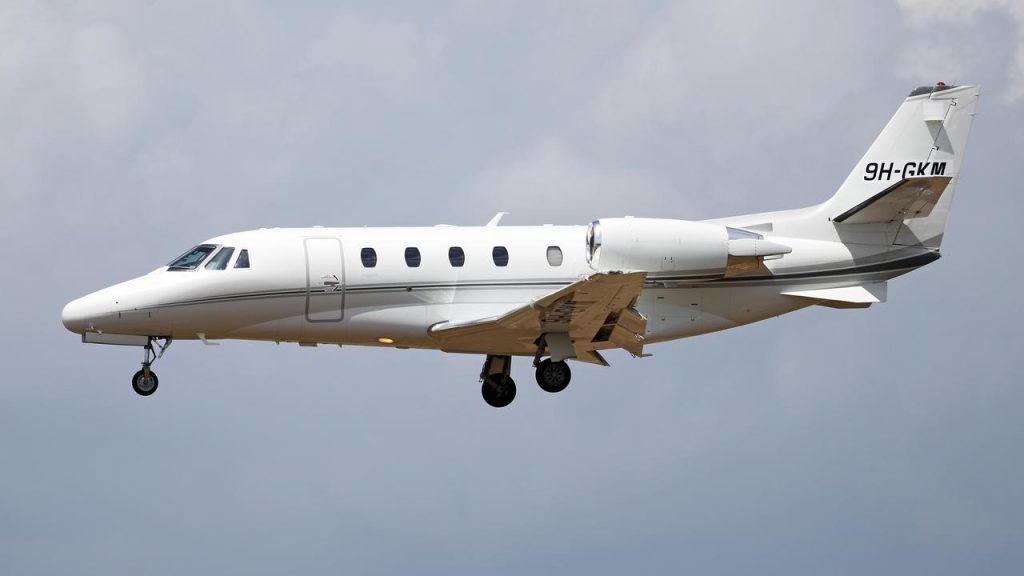 A private plane that had taken off from southern Spain crashed off the coast of Latvia on Sunday evening, the Swedish rescue services reported. Four people were believed to have been on the plane, various foreign media reported. There is no trace of them.

A Lithuanian Air Force helicopter was sent to the crash site for search and rescue at the request of neighboring Latvia, the Lithuanian Air Force said. The German newspaper image writes that the occupants are a pilot, a man, a woman and their daughter. This information has not been confirmed.

Before crashing in the Baltic Sea, the plane followed a remarkable trajectory. It flew from Jerez in southern Spain and did two tours, near Paris and Cologne. Then he crossed the Baltic Sea, passing through the Swedish island of Gotland.

Fighter jets from a NATO mission in Estonia were called in to follow the plane. According to the Swedish rescue services, they reported that no one was visible in the cockpit of the Cessna. They would also have had no contact with the device.

The plane’s occupants may have been unconscious during the crash due to loss of cabin pressure, writes image. The cause of the crash is not yet known, except that radar showed that the plane lost speed and altitude just before the crash, according to the Swedish rescue services.