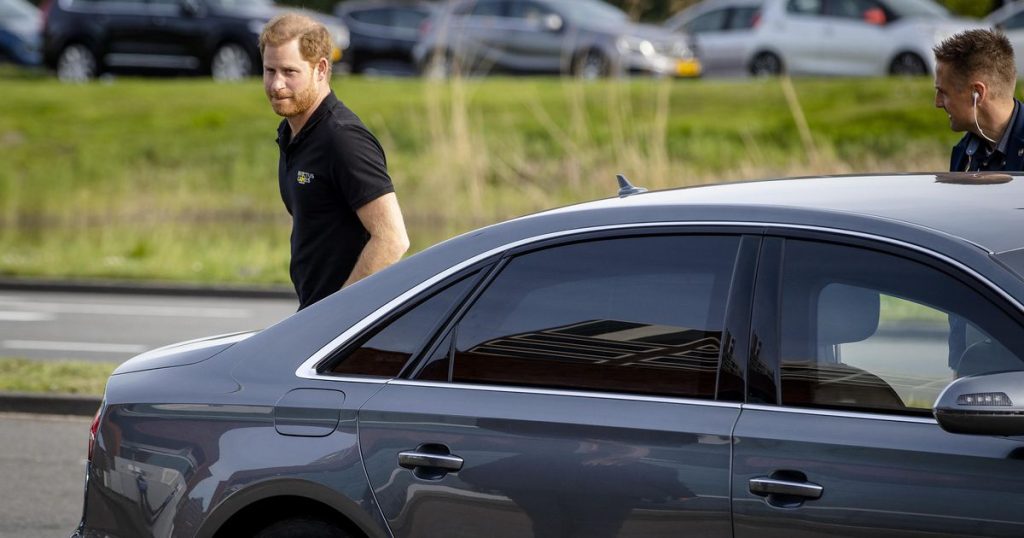 It is the first time since the start of the sporting event that the prince has been dropped off on a public road and his transport has been shown.

Harry’s safety has been controversial as the judge previously ruled the British prince will no longer enjoy police protection in his homeland since stepping down from royal duties two years ago. The US Armed Security Service, which Harry and Meghan hire themselves in America, will not have access to some UK documents which should ensure the family’s safety.

Earlier it was reported that Harry and Meghan also took a security guard, a former bodyguard to US Presidents George W. Bush and Barack Obama, to the Invictus Games.

The DKDB is part of the national police unit in the Netherlands. The DKDB provides security for, among others, King Willem-Alexander, Queen Máxima, threatened politicians such as Geert Wilders and diplomats. The Security, Safety and Civil Aviation Service (DB3), attached to the National Coordinator for Security and the Fight against Terrorism, entrusts security missions to the DKDB on behalf of the Minister of Security and of Justice.

PA reports that the Ministry of Justice and Security does not want to answer questions about security. The Duke of Sussex’s spokesperson also makes no statement on security matters. The Invictus Games organization previously announced that it handles event security itself and that “security authorities” regulate the security of individuals.

For security reasons, Harry and Meghan were not at Prince Philip’s memorial earlier this year. Just before their visit to The Hague, the Sussexes paid a short visit to Queen Elizabeth.

Meghan would have returned to the United States on Monday. However, this is unconfirmed for security reasons.