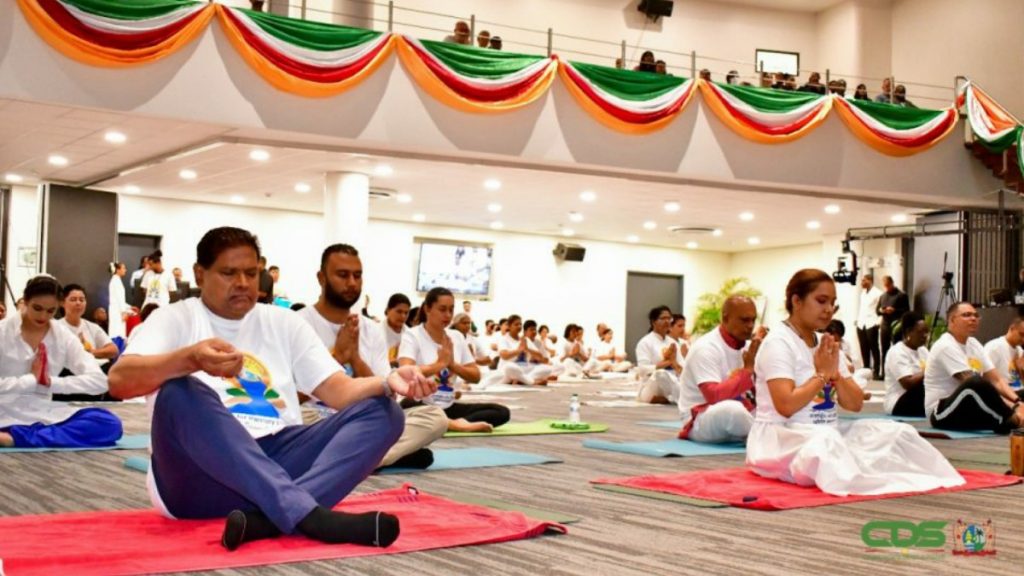 “Let us strive to make a meaningful difference by embracing these traditional ways and building healthier bodies and souls for the benefit of our countries and peoples. This is the call of President Chandrikapersad Santokhi during the celebration of the International Day of Yoga. Today, the Head of State and First Lady Mellisa Santokhi-Seenacherry, along with other cabinet members, actively participated in a large yoga session organized by the Indian Embassy in Suriname as part of of International Yoga Day.

With this activity at the Event Center of Assuria Hermitage High-Rise, Suriname was part of the “Guardian Ring”, a global yoga session that India had organized on Tuesday, June 21. In this activity, yoga has been practiced all over the world from Japan in the east towards the west, ending in New Zealand.

Yoga and Ayurveda have shown enormous potential and possibilities for a healthy lifestyle, according to President Santokhi. The Head of State reflected on the true goal of yoga, which is the path to self-realization and self-actualization. According to him, Yoga also helps man to realize that he is one with the universe. “Once you reach this state of consciousness, you take control of your body, mind, and spirit,” Santokhi said. He asked that the critical aspect of unity be taken into account as a guiding principle in describing the meaning of “Vasudeva Kutumbakam” (Sanskrit); a family of one world!

Tuesday, June 21, 2022 marks the eighth global observance of International Yoga Day. The Surinamese Head of State congratulated the Indian Prime Minister, Narendra Modi, for his efforts to have this day instituted by the United Nations General Assembly in September 2014; a decision that was supported by 177 countries around the world.

The Head of State spoke of a milestone and one of the great achievements for the Indians; both in India and for its diaspora. On behalf of the Surinamese government, the Head of State expressed his appreciation to the Indian government for including Suriname in the “Guarding Ring”, through which activity in Suriname was also broadcast worldwide.

Santokhi: “This is another reflection of our strong and friendly relationship established over four decades ago. Furthermore, I am grateful and express my gratitude to Prime Minister Modi for his invitation to participate as a special guest in this promising event. The Head of State congratulated the government and people of India on the commemoration of 75 years of independence – also known as Azadi Ka Amrit Mahotsav – on August 15. 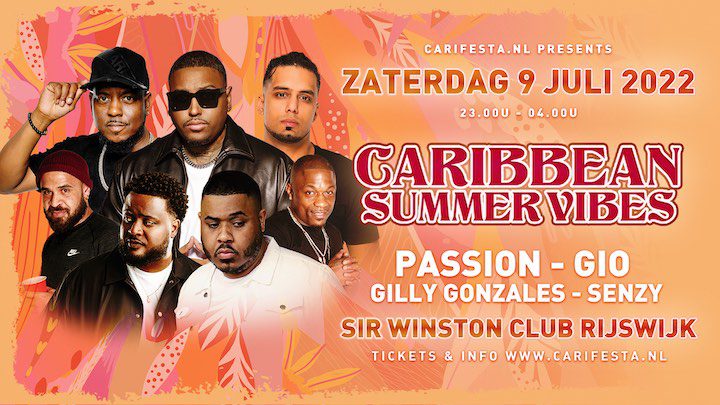