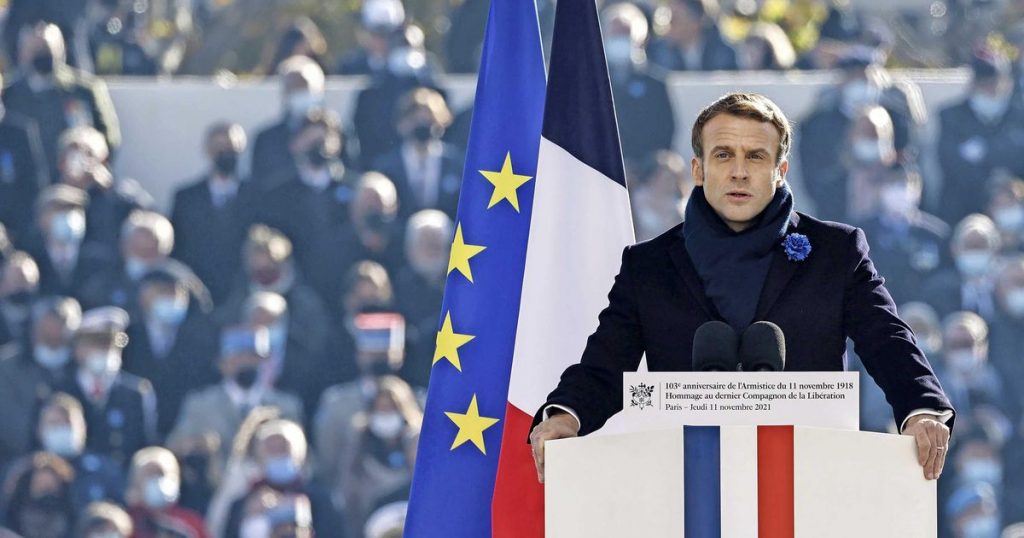 It was the French radio station Europe1 which made the observation: the three colors which symbolize France are suddenly different. The change is in the color blue, which has become darker. “Emmanuel Macron touched the symbols of our country, without communicating about them”, affirms Europe1.

The decision to darken the blue of the French flag, from cobalt blue to navy blue, would have been taken on July 13, 2020. A few days before the country’s national holiday. It was Arnaud Jolens, former director of the Elysée, and Bruno Roger-Petit who made the proposal. The darker blue would be more elegant, according to the entourage of the president, and therefore better suited to the country. “But the main reason is to reconnect with the French flag of 1793”, he rings out. In short: with the revolutionary beginnings of the French Republic. At the time, the blue of tricolour flag it also looks darker. The color was only lightened in the 1970s to better match the blue of the European Union flag.

It is striking that President Emmanuel Macron actually allowed the color of the flag to be changed without talking about it. Although in theory he shouldn’t. The Elysee Palace also did not send out directives to adjust all the country’s flags.

There was reportedly an internal discussion about the color change in the presidential palace. Some employees believe that the flag now conflicts with the European flag and that this move can also be seen as anti-European.